No Nwakali, Ndah but Lookman made Rohr’s Super Eagles 40-man list for AFCON 2021

The two players are part of the 28-man squad for the biennial competition, but they would not have made the team if the German tactician was still in charge

Former Super Eagles coach Gernot Rohr did not include Kelechi Nwakali and Olisa Ndah in his provisional list for the Africa Cup of Nations; it has been revealed.

Nwakali and Ndah are the surprise inclusion in the final 28-man squad for the biennial competition, which starts in Cameroon on January 9.

However, both players would not have been in the squad had Rohr been in charge after it emerged that they were not in the German tactician’s list.

Rohr was sacked as Super Eagles coach earlier this month, but before his sacking, he confirmed in an interview with Soccernet that he had sent a 40-man provisional list to CAF.

Following Rohr’s sacking, Austin Eguavoen was appointed as the interim boss, and he confirmed with Soccernet that he would pick from the 40-man list Rohr sent to CAF. 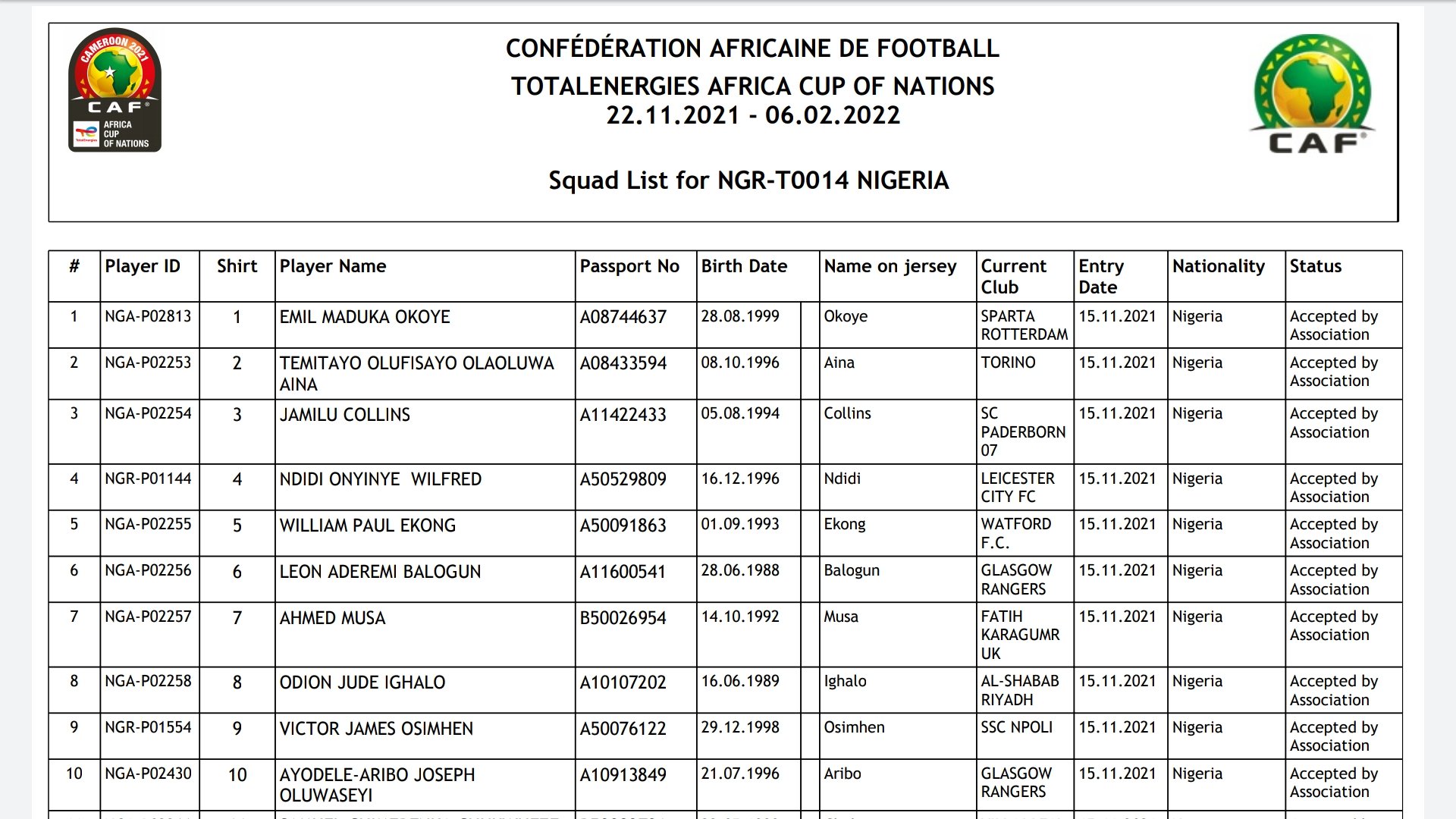 Eguavoen did pick from Rohr’s list aside from the selection of Nwakali and Ndah, who were not in Rohr’s 40-man list that leaked on Wednesday. 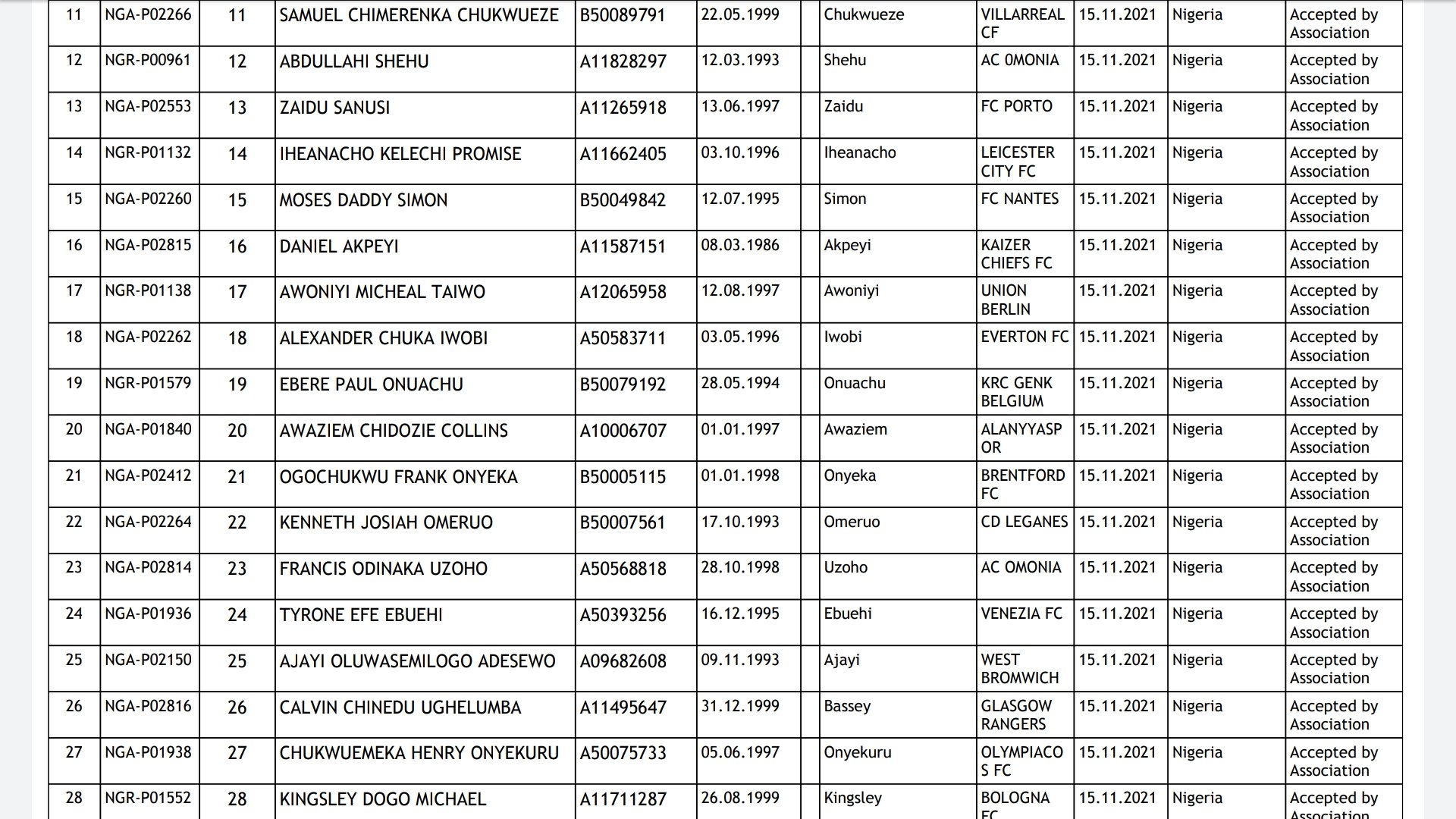 Surprisingly, the in-form Ademola Lookman was included in Rohr’s 40-man provisional list, but the Leicester City star is not part of Eguavoen’s 28-man squad.

Lookman’s eligibility was in doubt as it was believed he had not completed his international switch. But his inclusion in Rohr’s list suggests he is now eligible to represent Nigeria, although Soccernet gathered that he is still yet to complete the switch. 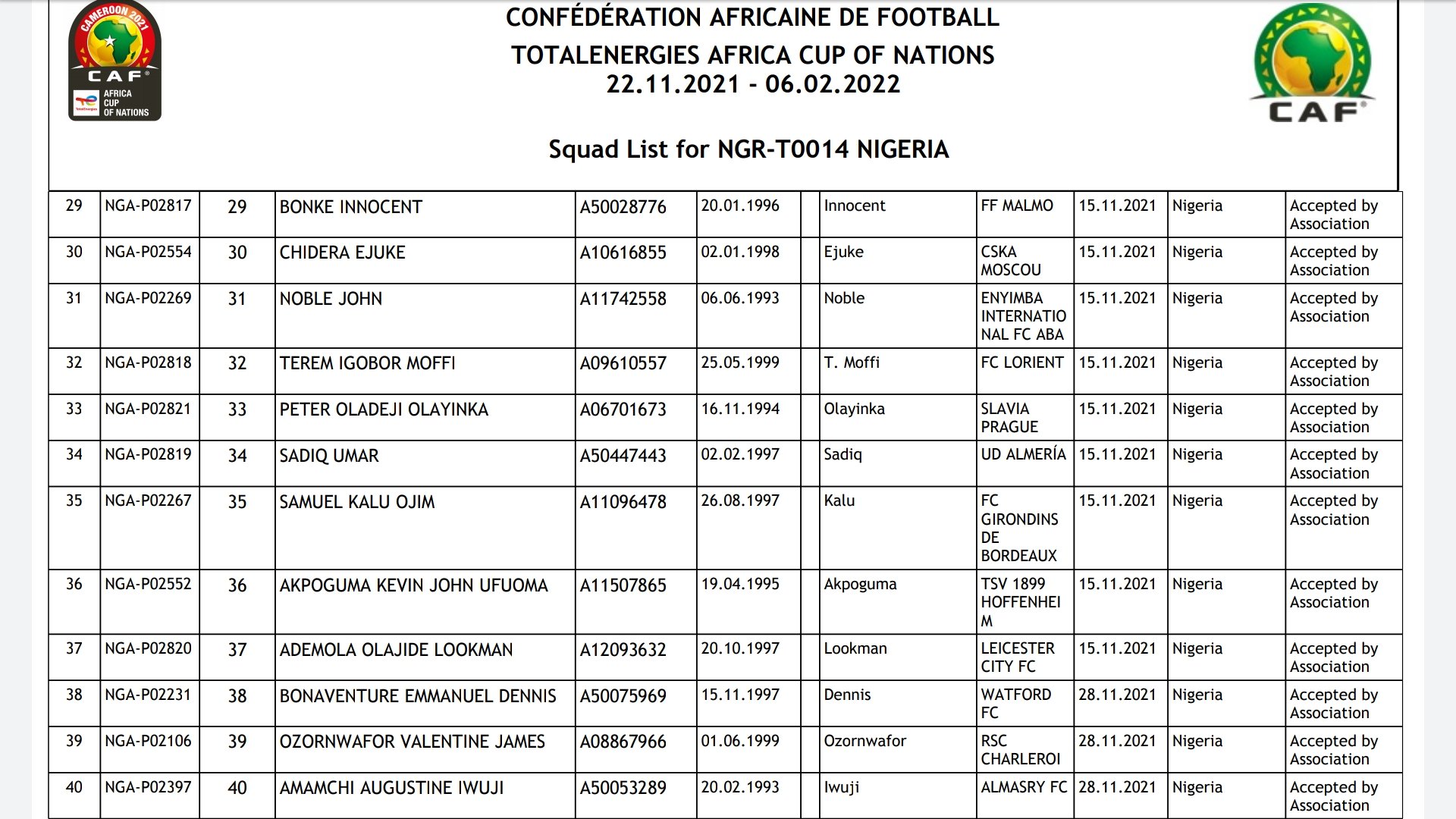 The Super Eagles begin their AFCON campaign with a clash against seven-time champions Egypt before completing their group stage campaign with games against Sudan and Guinea-Bissau.

Nigeria are three-time champions and will be seeking a fourth continental title in Cameroon.