by Biyi
in News
0
15
SHARES
386
VIEWS
Share on FacebookShare on Twitter
Bastian Schweinsteiger paid tribute to Bayern Munich supporters for the ovation that he received on his return from injury on Saturday.
The German came off the bench to make his first competitive appearance of the season in the Bayern Munich 4-0 Bundesliga victory over Hoffenheim at the Allianz Arena, after recovering from a long-term knee injury. 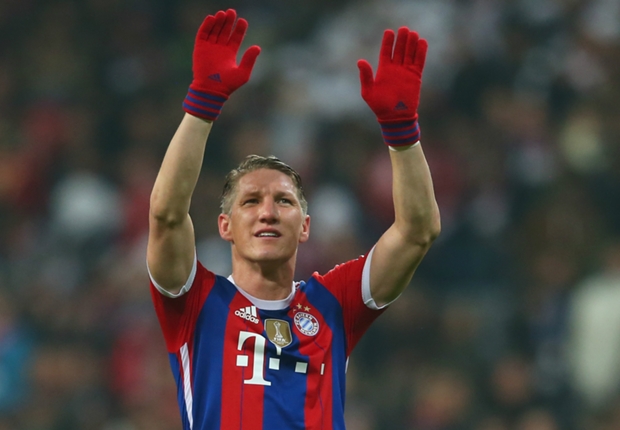 Schweinsteiger was really impressed when he entered the fray for Mario Gotze in the 77th minute.
“Of course it has really touched my heart to be received by the fans,” he told the press after the match.
“It was nice to stand on the pitch again and it is all the more beautiful because we won. Such moments you never forget.”
Bayern’s victory, which secures a seven-point gap to second-placed Wolfsburg, goals from Gotze and Robert Lewandowski left Pep Guardiola’s men 2-0 ahead by half-time.
Arjen Robben and Sebastian Rode added to the goal tally before the visitors’ misery was compounded with a red card for Adam Szalai.
“I’m feeling good, I’m in good shape, I’m fit and I’m up for playing football,” Gotze stated. “That’s the decisive thing. The rest follows automatically.
“I’m delighted we’ve taken the points today and that we’re still up there at the top. That’s the priority, and hopefully we can keep it up.”
follow me for updates.
Tags: Bayern MunichGermanyNews
Share6Tweet4