The Nigerian international enjoyed a brilliant maiden campaign in the English Premier League, but he may be set for life in the Championship next season

Watford are open to letting Super Eagles attacker Emmanuel Dennis depart the Vicarage Road if a suitable offer comes in for the former Club Brugge ace.

But the Golden Boys are struggling to offload Dennis, who took to the Premier League like an eagle to the wild.

Per a report from The Athletic, no offer has arrived for Dennis despite the 24-year-old making numerous headlines in the transfer rumour mill. 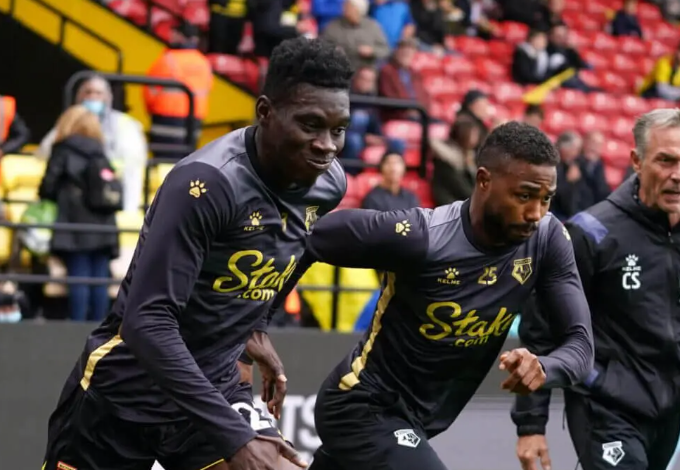 Is Dennis without admirers?

Emmanuel Dennis fueled Watford’s survival charge with his goals in the first half of the 2021-22 season. But when his goals dried up this year, the Hornets began their free descent to the Championship.

But he had succeeded in convincing many of his qualities, with West Ham among the first to be linked with a move for the versatile forward.

Interests in his services were not limited to the Premier League, as Villarreal also reportedly placed Dennis on their shortlist for the summer.

Everton may have, however, jumped ahead of others in the race for the Nigerian attacker after the Toffees sanctioned Richarlison’s multi-million euros move to Tottenham Hotspur.

But according to the Athletic, none of these admirers have firmed up their interest in Emmanuel Dennis.