The European top five leagues have been concluded, but the thrills, pomp, and excitement they brought in the last ten months is undeniable.

Nigerian players have been involved in some of these leagues, while others play in relatively minor leagues in Europe. Some of these stars had a decent season, doing well for themselves and helping their teams achieve significant feats.

Soccernet takes a look at some of these stars and makes a team from Nigeria’s best performers abroad.

Maduka Okoye
The Super Eagles star is one of the most maligned players in Super Eagles history, but when he plays for Sparta Rotterdam, he churns out brilliant performances.

Okoye has another good season with his Eredivisie side helping them avoid the drop on the final day of the season. Okoye made 1.3 saves per game in the league.

The Super Eagles shot-stopper leaves for Watford this summer, and Sparta Rotterdam would surely miss their star man.

Leon Balogun
Balogun had yet another brilliant campaign for Rangers. He helped them to a second-place finish in the Premiership, the Europa League finals, and a Scottish Cup triumph. 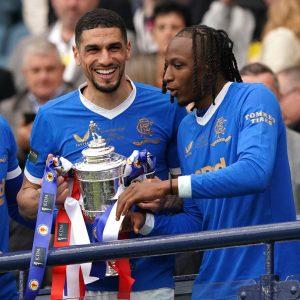 Balogun was solid as a rock for the Gers. He made 32 appearances in all competitions. In the league, Balogun maintained five clean sheets in 21 appearances, 2.8 clearances per game, and he did not make any error leading to a goal.

Calvin Bassey
The 22-year-old is making a name for himself in Europe with his brilliant displays. Bassey was man-of-the-match in the Europa finals against Eintracht Frankfurt, and he still claimed the award in the Scottish Cup finals against Hearts.

The Gers fullback showed great versatility, playing at fullback and center-back positions and filling in brilliantly. He was awarded Rangers’ best young player of the season.

Bright Osayi-Samuel
Osayi-Samuel makes the cut because he had more game time than Ola Aina last season. The 24-year-old is yet to make an appearance for the Super Eagles, but with his decent performances, he could get a look-in soon enough. 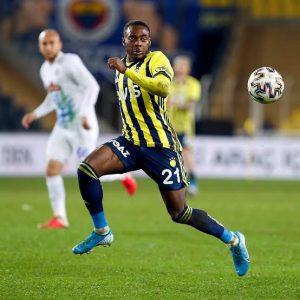 The former QPR man played 31 games in the league, scoring one and assisting three. Osayi-Samuel had five key passes from right back, and he averaged 1.3 tackles per game.
Hia displays helped Fenerbahce to a second-place finish in the Turkish Super Lig.

Zaidu Sanusi
The former Santa Clara man had a brilliant campaign for Porto, claiming the domestic double with the Dragons.

Sanusi scored the goal that gave Porto their 30th league title. He also proved his doubters wrong, as he had more game time than Wendell, who was brought to provide him with competition at left-back. 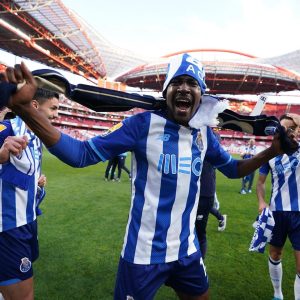 Sanusi churned out great displays consistently, averaging one interception per game. He also had nine clean sheets in League appearances

Wilfred Ndidi
The Super Eagles midfielder’s season was not spectacular, but he was a light in the Leicester City darkness. 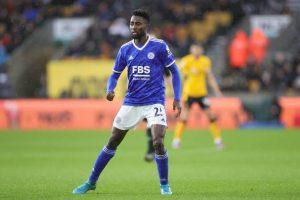 Ndidi got injured towards the end of the season, but before his injury, the 25-year-old averaged 2.2 tackles per game and 3.2 interceptions per game in the Premier League.

Raphael Onyedika
Onyedika had an incredible season with Midtjylland in the Danish league. The youngster quickly filled the boots of compatriot Onyeka, who departed for Brentford last summer. 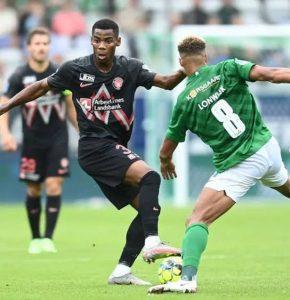 Onyedika made 47 appearances across all competitions for his side, recording four goals and three assists. He also helped Midtjylland to a second-place finish in the Danish SuperLiga.

Joe Aribo
Aribo made the highest number of appearances for a Rangers player last season. The Super Eagles midfielder made 57 appearances in all competitions, scoring ten goals and assisting ten.

Joe Aribo becomes only the second Nigerian to score in a European club competition final:

Aribo also became the second Nigerian to score in the finals of a major European competition after Alex Iwobi.

The 25-year-old showed great versatility, playing in different positions in midfield and attack for the Gers. And he helped his side claim the Scottish Cup after a 13-year wait.

Victor Osimhen
Osimhen had an outstanding season with Napoli. He recorded 18 goals and six assists in 32 appearances. He was Nigeria’s second-highest goalscorer in Europe’s top five leagues. Also, he was the best U-23 player in the Serie A.

❇️ Goals, goals, goals. A young striker with the experience of a veteran: @victorosimhen9 is the best Under-23 of this #SerieA💎@en_sscnapoli #WeAreCalcio pic.twitter.com/IaAYSAQYb6

His goals proved crucial in helping Napoli return to the Champions League after a one-year absence.

Cyriel Dessers
Dessers has successfully etched his name in Feyenoord folklore with his scintillating displays this season. He left Genk last summer in search of more playing time, and it is a move that has paid off, as the Super Eagles forward has made a name for himself.

Tirana, here we come!🏆
What a night in Marseille, what a team, what a everything ffs❤️🤍 pic.twitter.com/ToFf7fo1Oe

Dessers is the first Nigerian player to reach the finals of the Conference League. Also, he has scored a record ten goals in 13 appearances in the ECL, averaging just 62 minutes per game.
Dessers has also been decent in the league, with nine goals and two assists in 27 appearances.

Taiwo Awoniyi
Awoniy was the highest scoring Nigerian in Europe’s top five leagues last season. The Nigerian goal poacher joined Union Berlin permanently last summer after a largely unsettled previous six years of his career. And he has repaid every penny of the €6.5million that the Iron ones paid for him.

Get yourself a striker that develops at the rate @TaiwoAwoniyi18 develops

The @FCUnion_en forward scores all manner of goals and a lot of them. 🥅🔥#Bundesliga pic.twitter.com/W3Nkj61RZP

Awoniyi has 15 goals and two assists in the Bundesliga. And in total, he recorded 20 goals and five assists in 43 appearances.

His goals on the final day of the season sealed a continental spot for Union Berlin for next season.