Super Eagles players Wilfred Ndidi, Kelechi Iheanacho and Moses Simon were some of the Nigerian stars that celebrated their wives and girlfriends on valentines day.

Ndidi and Simon, who are both married, took to their Instagram pages to send love to their respective wives. After all, there is this popular saying that says; behind every successful man, there is a woman.

Ndidi shared a picture of himself and his wife on his Instagram stories, with a love emoji as a caption. The couple got married in 2019, and they have a baby girl together. 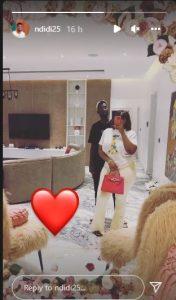 Meanwhile, Simon also showed the same gesture to his wife and mother of his three kids. They have been together for a very long time, and Simon has never been shy to say how much he loves her.

He said: Happy Valentine’s Day my Queen 👸🏼 😍 I am blessed to have you as my wife and mother to our beautiful children.

Iheanacho also got on the act, although he is not married. The Leicester City man celebrated his girlfriend Amarachukwu with a show of love on valentine’s day.

Kenneth Omeruo is another Super Eagles star that celebrated his wife on Monday. Omeruo tied the knot with his wife in 2017, and they have been blessed with two kids.

He took to his Instagram page on Monday to reiterate his love for his woman. 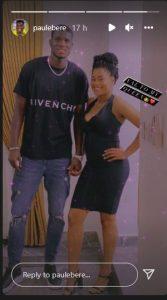 Onuachu recently proposed to her in the ‘city of love, Paris.