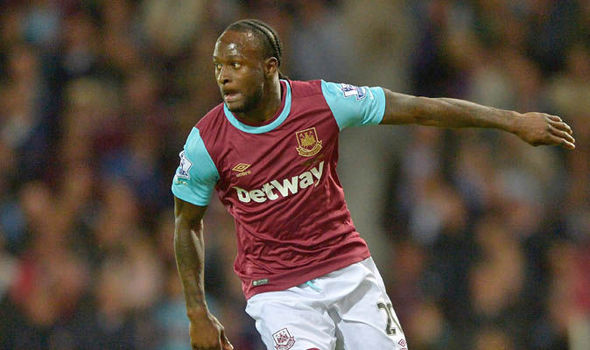 Victor Moses will miss West Ham’s clash with Wolverhampton Wanderers in the FA Cup on Saturday afternoon because he is not a hundred percent fit, despite returning to training in the New Year.

The Hammers manager, Slaven Bilic, has revealed ahead of the meeting at Boleyn Ground that the winger will start training with the rest of his teammates after the Cup game.

“Moses is back, not totally with us, but he is doing his stuff on the pitch and is close to being back in full training with us, apparently after the cup game, ” said Bilic in his pre – match interview.

The Nigeria international has missed the last five games contested by West Ham in the Premier League after sustaining a hamstring injury against Manchester United on December 5.