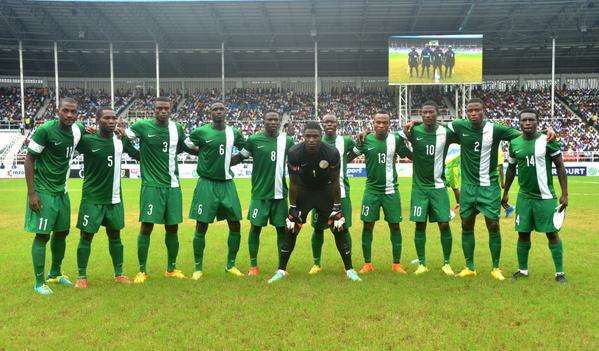 Nigeria have named a final 21-man squad for the 2015 U23 AFCON, which starts on Saturday in Dakar, Senegal, and which will also be used as qualifying tournament for next year’s Rio Olympics.

According to Africanfootball.com, Coach Samson Siasia has listed four overseas-based professionals with the rest of the squad drawn from the Nigeria league.

The pros are strikers Taiwo Awoniyi from German second division side FSV Frankfurt, Junior Ajayi of Tunisian club CS Sfaxien, Isaac success from La Liga side Granada as well as midfielder Azubuike Okechukwu, who is based in Turkey.

There are no players for seven-time champions Enyimba after the coach dropped Kingsley Sokari and Etor Daniel for insisting on leaving training camp to play a final league game with their club in Lagos.

There is also no room for any member of the victorious Golden Eaglets from the U17 FIFA World Cup in Chile with goal king Victor Osimhen the only of the Eaglets who was in training camp in The Gambia after four of them including skipper Kelechi Nwakali were called up.

As many as 12 players on this squad were not at the recent All Africa Games in Congo Brazzaville, where Nigeria’s Dream Team VI placed third at the expense of the host team.

Nigeria will begin their campaign on Sunday against Mali in Mbour.

They will also battle Egypt on December 2 in Mbour and three days later play their final group B match against Algeria in Dakar.

The top three teams will qualify automatically for next year’s Olympics in Rio.