18 Players In Barca Squad To Face Atletico Madrid; No Pique 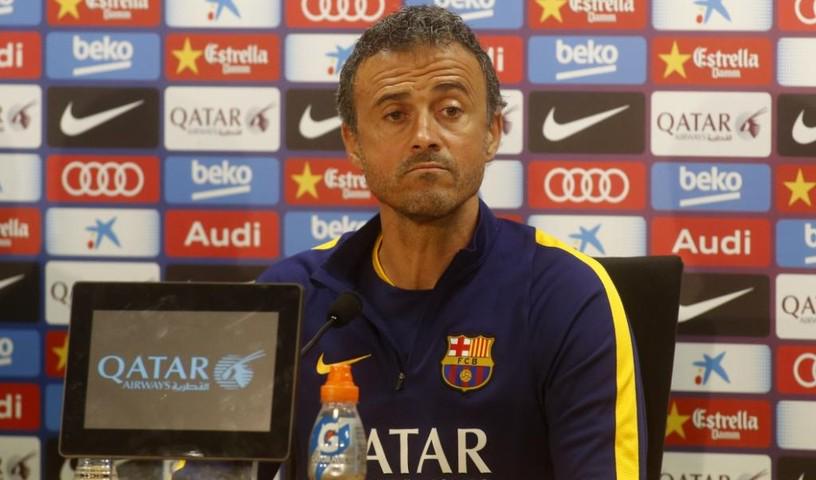 Barcelona and Atletico Madrid go head-to-head in a highly-anticipated encounter at the Vicente Calderon on Saturday with both teams seeking to end their opponent’s 100 percent record.

Barcelona boss, Luis Enrique has named his official squad that will travel to Madrid to take on Diego Simeone’s men tomorrow. The list includes 18 players of which no second-team player was included.

Moreover, there are some strange changes to the squad. First choice goalkeeper Claudio Bravo picked up a calf injury in training earlier this week and is replaced by third goalkeeper Jordi Masip, Marc Andre Ter Stegen is likely to make his Liga debut for the Catalans as he is poised to start in goal.

Unfortunately for Barcelona, defender Gerard Pique won’t play in the game as the appeal made by Barça on the player’s suspension didn’t suspend his punishment and he is still ineligible to feature. Right back Douglas Pereira is still out through injury why new signings Aleix Vidal and Arda Turan are still under the FIFA Ban.

The good news for Luis Enrique is that on-form player, Sergi Roberto shoved off an injury scare during the week and is fit to play. The player is covering up at right back for the injured Dani Alves and his doing well at the position. He will face a starting competition with Adriano Correia who just recovered from an injury and is declared fit to play.

Lionel Messi made Enrique’s squad list despite not taking part in Barça’s final training session to the game as his girlfriend, Antonella Roccuzzo welcomed their second baby, Mateo, today.