Madrid 2015 poor form continues as they were shocked by Bilbao 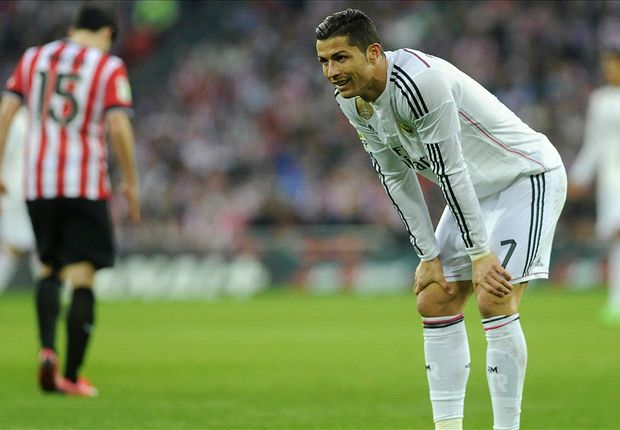 Real Madrid couldn’t increase their points of been ahead of barcelona as they were beaten by Athletic Bilbao at San Mames.

But Athletic defended their goal to the last minute which frustrated the Europe Champions, this means Real have just a two-point lead over Barcelona.

The Catalan club will go top if they can take maximum points from Sunday’s match against Rayo Vallecano at the Nou Camp.

Real coach Carlo Ancelotti, defended himself against criticism from supporters earlier this week.

Some fans are unhappy with Ancelotti’s approach, with media reports claiming they view the Italian as a soft touch.

Real’s lead was cut to two points following last weekend’s 1-1 draw at home to Villarreal and more dropped points against the Basque club could prove costly for Ancelotti’s side.

After a modest first-half display Real were much improved after the break and Athletic keeper Gorka Iraizoz saved at the feet of Karim Benzema on the hour.

Cristiano Ronaldo appealed for a penalty after he went down under Iraizoz’s challenge, while Wales forward Bale’s superb long-range effort bounced back out off the post.