Ideye Impresses At His Club 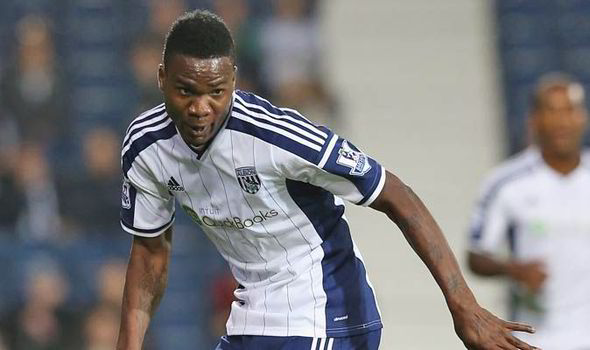 Tony Pulis the boss at West-Brom has hailed striker Brown Ideye, as he scored the opener in Albion’s 2-0 win over Swansea.
Ideye opened the scoring on the hour mark on Wednesday as the Baggies moved up to 14th in the Premier League table, four points clear of the drop zone.
The forward then turned provider for Saido Berahino as West Brom picked up a vital three points at The Hawthorns.
The 26-year-old Nigerian only moved to West Brom last summer in a £10million deal from Dynamo Kyiv but was close to moving to Qatar after a difficult start to life with the Baggies.
However, the forward has now managed two goals in his last two games and Pulis feels he can continue to impress in the remainder of the campaign.
“He’s a lovely lad. He works hard, he’s a good professional but he had a bad time here before I took over,” he told the Birmingham Mail.

“He had played a few games and not scored the goals the club expected him to score. But his attitude has been first class. “In today’s world there is no patience. People expect, expect and expect.

And if the person doesn’t match that expectation they moan like drains. “We’ve played him a few times and we’re happy that he stayed and delighted he got us a couple of goals.”
Complete Sports