by Biyi Akangbe
in News
0
Share on FacebookShare on Twitter
Although they got the three points as expected but Loew was not satisfied with his team’s 4 – 0 win over Gibraltar. “The team did not fulfil the expectations the way we thought they would,” he told RTL television. “I’m anything but happy. 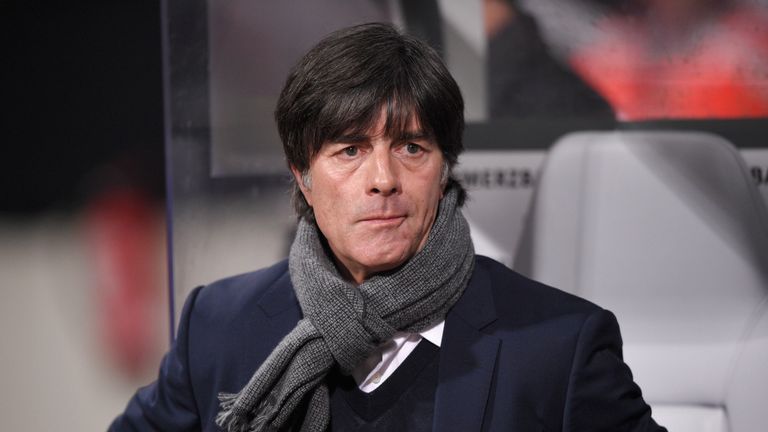 “We want to play like world champions and we’ve scored four goals too few.” Even though Gibraltar “parked the bus”, in the words of Germany goalkeeper Manuel Neuer, The Germans who were able to win the world cup host 7 – 1 have been expected to score more goals against Gibraltar. “You’ve got to increase the tempo when they do that and we didn’t manage it,” Low bemoaned, before criticising the fringe players he had given a chance in Nuremberg. “I didn’t see very much from them at all.” It was regulars Thomas Muller – with two goals – and Mario Gotze with one goal also the own goal made it 4 – 0. “We had hoped for a better scoreline, but with Gibraltar standing as deep as they were, it was not easy,” said Gotze. “We should have scored more and been more forceful and we’ve only got ourselves to blame for that.” Nevertheless, Germany moved into a share of second place in Group D with Scotland and the Republic of Ireland, three points adrift of group leaders Poland, who had beaten Gibraltar 7-0 and have a far superior goal difference as a result.follow mefor updates.