by Biyi Akangbe
in News, Serie A
0
Share on FacebookShare on Twitter
Inter Milan has announced the sack of their head coach Mazzarri concerning his inability to move the club forward and Roberto Mancini will be assigned to take his place as Inter head Coach. 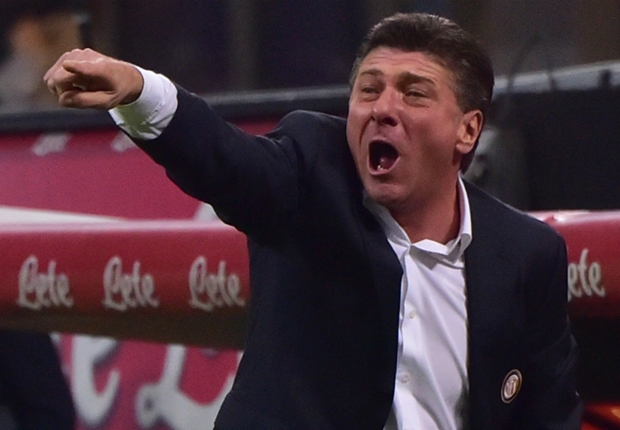 The former Napoli head coach joined Inter in the summer break of 2013. Marrazzi the sacked milan head coach led Inter to the 5th place on Serie A log last season qualifying for the Europa League. However, after the disappointing position last season Inter still left him to overcome the problems in 2014-2015 season but he could not, winning only 4 games out of 11 games played in Serie A which sits Inter on the nineth position. “FC Internazionale would like to announce that Walter Mazzarri has been relieved of his duties as first team coach,” the said in an official statement. “The club would like to thank Mazzarri for the commitment, dedication and professionalism he showed over his 17 months in charge.” However looking at previous years Mancini has really helped Inter between the years 2004-2008, helping inter to win three Serie A titles, two coppa italian trophies within those four years, Mancini has really a success in a Inter. Inter fans are hoping he does more than that these recent years. After all these Macini was then fired in the year 2008 to bring in Jose Mourinho as his replacement in may 2008. follow mefor updates.
Tags: InterItalyManciniMarrazziNewsSerie A
Share6Tweet4