by Biyi Akangbe
in News
0
Share on FacebookShare on Twitter
Finally we have a host for the AFCON 2015, Equatorial Guinea has been selected by Confederation of African Football CAF to host AFCON 2015. 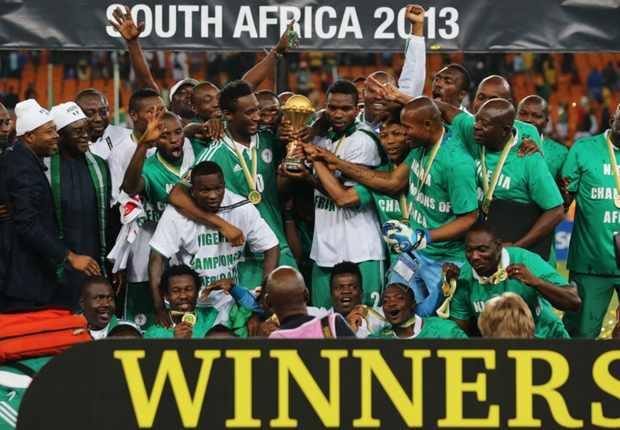 Morrocco were the set host of the AFCON, but due to the fears of Ebola, Morrocco requested for a post pone of the AFCON. CAF rejected the request and immediately removed Morrocco from been the host, CAF also eliminate their national team as well from the competition and appointed it to Equatorial Guinea. The Head of state and President of Equatorial Guinea Teodoro Obiang Nguema Mbasogo recieved a statement from the CAF President Issa Hayatou concerning the hosting of AFCON 2015 and the statement reads thus: “Following friendly and fruitful discussions, the Head of State of Equatorial Guinea has agreed to host the tournament from January 17 to February 8, 2015. “The Executive Committee of CAF President Issa Hayatou would like to take this opportunity to express their sincere thanks and deep appreciation to the people of Equatorial Guinea, to their government, and particularly to the Head of State and President of the Republic of Equatorial Guinea, Teodoro Obiang Nguema Mbasogo.” A draw for the tournament will take place on Wednesday, December 3 in Malabo. Equatorial Guinea have also been confirmed as Morocco’s replacements to take part in the competition.follow mefor updates.
Tags: News
Share6Tweet4