Photo: Victor Osimhen resumes training with the Napoli ahead of Inter clash

by Ayomide Oguntimehin
in News, NewsNow, Serie A, This Week, Top
0

The Super Eagles striker, Victor Osimhen, rejoins his Napoli colleagues for training as they get ready to play Inter Milan early in the new year.

Nigeria international, Victor Osimhen, has resumed training with Napoli as they get ready for their clash against Inter on January 4, 2022.

The Super Eagles attacker has been productive for the Italian team, contributing two assists in addition to 10 goals across all competitions.

However, as a result of his outstanding performance so far this season, he has been nominated for and garnered several prizes.

The Neapolitans were 11 points clear of The Nerazzurri and in first place in the Italian league before the World Cup break with 41 points.

The Parthenopeans have had a dominant performance compared to past years, when they consistently finished below the top four in the Serie A league rankings. They now hold an 8-point advantage over AC Milan in second place.

Spalletti’s team played friendly matches against Antalyaspor, which they won 2-3, Crystal Palace, which they beat 3-1, Villarreal, which they lost 2-3, and Lille, which they also lost 1-4, to keep themselves in shape while the rest of the world was occupied in Qatar.

However, Victor Osimhen was seen working out with his colleagues in the morning session at the SSCN Konami Training Center in Napoli as they prepared to head to the San Siro stadium for their first game of the year 2023. 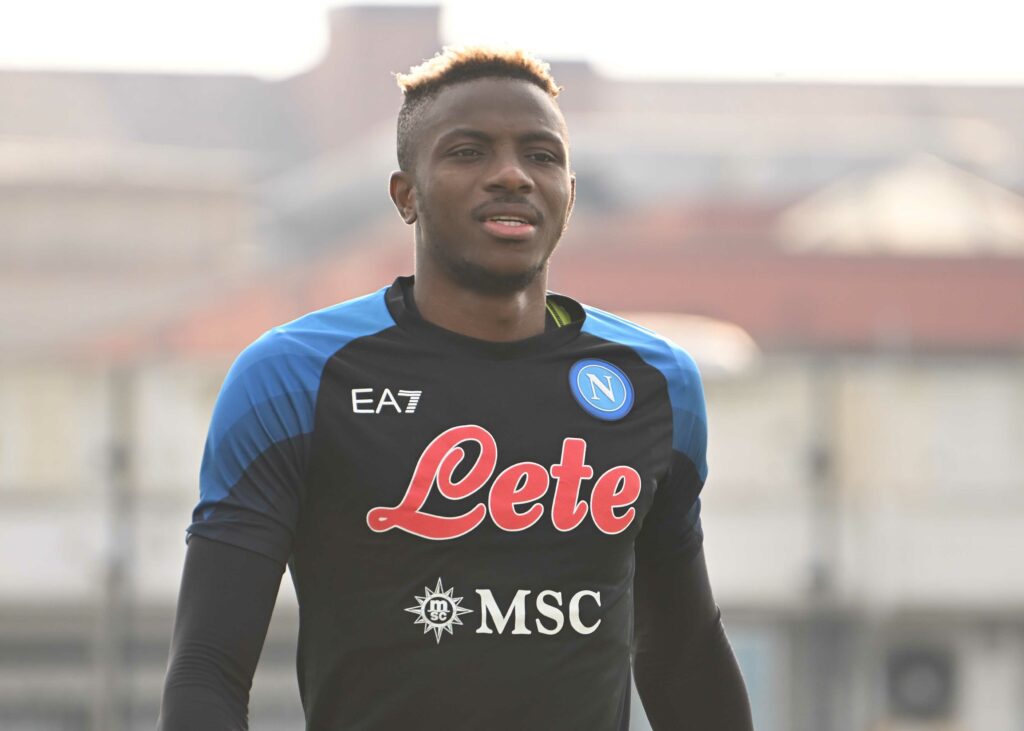 When his squad squares off against “The Well-Cherished One,” the Super Eagles striker, who is ahead of Marko Arnautovic (8) and Lautaro Martnez (7) on the Serie A top scorer board, will be aiming to surpass his goals in order to win top scorer honours and for his team to win the Serie A title.

Lookman beats Osimhen, Dybala, and Zaccagni to rack up AIC’s January player of the month award