The Nigerians were in blistering form for their clubs last month, and they have been recognized for their brilliance

Super Eagles forwards Victor Osimhen and Ademola Lookman have been nominated for the Serie A player of the Month for October.

Osimhen had a fantastic October at Napoli. The Nigerian hitman suffered an injury in September that ruled him out of action for over four weeks.

However, the Nigerian hitman returned with a bang in October. Osimhen scored five Serie A goals including his first club hat-trick against Sassuolo last week. 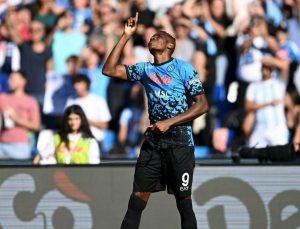 Also, Osimhen’s goals came in clutch moments for the Partenopeans. It was his strikes that helped Napoli claim victories against Roma, Bologna, and Sassuolo.

Lookman scored against Atalanta, Udinese, Sassuolo, and Empoli. In fact, Atalanta lost the only game that Lookman failed to score in. 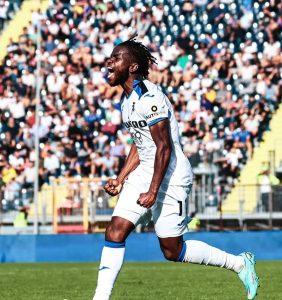 Lookman and Osimhen’s efforts did not go unnoticed, as the Nigerian duo have been nominated for the Serie A. The Super Eagles stars will battle, Rafael Leao, Nicolo Barella, and Sergej Milinkovic-Savic.