Iwobi has been in red-hot form this season, but his efforts were not enough to get him the coveted award

Iwobi has been magnificent for Everton in the last six months. The former Arsenal man played a big role in the Toffees’ Premier League survival last season. And this season he has been a constant fixture in coach Frank Lampard’s setup.

The Super Eagles midfielder has been solid in both attacking and defensive situations. In fact, Iwobi supplied the assist for Neal Maupay’s goal against West Ham that gave Everton their first win of the season.

Iwobi was nominated for the Premier League player of the month for September alongside Rashford, Kevin De Bruyne, Philip Billing, Jacob Ramsey, and Pierre-Emile Hojbjerg earlier in September.

However, Iwobi has been beaten to the award by Rashford as per the Premier League. 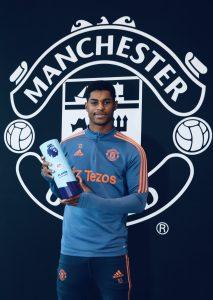 The Manchester United striker was in blistering form in September, supplying two goals and one assist for the Red Devils to help them to two wins against Leicester City and Arsenal.