Injuries to key players have been a major blow to the national team ahead of the next international games, but who can still make the cut?

The next international break will see Nigeria in a friendly match with Algeria on September 27 inside the Miloud-Hadefi Olympic Stadium in Oran.

Twenty days later (on October 17), the Super Eagles will make the trip to Portugal to face the former European champions at the Estádio José Alvalade in Lisbon.

In the coming days, Super Eagles head coach Jose Peseiro is expected to announce his squad list for the two high-profile games.

Soccernet.ng’s Imhons Erons runs the rule over the players who should make the list.

Francis Uzoho and Maduka Okoye are not the number-one goalkeepers at their respective clubs and have featured in a combined 90 minutes in league action this season.

They, however, remain among Nigeria’s best young goalies in Europe and should top Peseiro’s list.

Long-term injuries to Semi Ajayi and Jamilu Collins have left Nigeria short on the defensive front. Kenneth Omeruo is also nursing a niggling knock, but he is expected to recover on time and make the squad.

If not, Kevin Akpoguma may be offered the chance to renew his commitment to Nigeria.

Tyronne Ebuehi has looked fit and reliable for Empoli in the Italian Serie A and should knock off clubless Abdullahi Shehu from Peseiro’s list.

Orlando Pirates’s Olisa Ndah will be the perfect replacement for the unavailable Semi Ajayi.

Bassey, Awaziem, and Sanusi have been regulars for their clubs, and they would be ideal complements for vice-captain William Troost-Ekong, who has had very little game time at Watford.

In central midfield, Peseiro is spoilt for choice, despite the injury to young playmaker Akinkunmi Amoo.

The Portuguese manager can welcome the return of Wilfred Ndidi to the national fold after injury kept him out of the Super Eagles’ engagements in June.

The same cannot be said of Etebo and Onyeka, who are surplus to requirements at Stoke City and Brentford, respectively.

Antwerp’s Yusuff and Club Brugge’s Onyedika have been exceptional over the past couple of years, and what better time to earn their first Super Eagles call-up?

Yusuff was Antwerp’s player of the month of August, while Onyedika powered FCB to a convincing 4-0 win at Porto on Tuesday.

The two youngsters are ready to soar on Eagles’ wings.

Lorient’s Bonke Innocent has not impressed in the national team colours and Ponferradina’s Kelechi Nwakali could get the nod ahead of the France-based midfielder.

Peseiro will likely keep faith with the quintet of Simon, Chukwueze, Dennis, Lookman, and Musa, who played their part in the 10-0 demolition of Sao Tome and Principe in June. 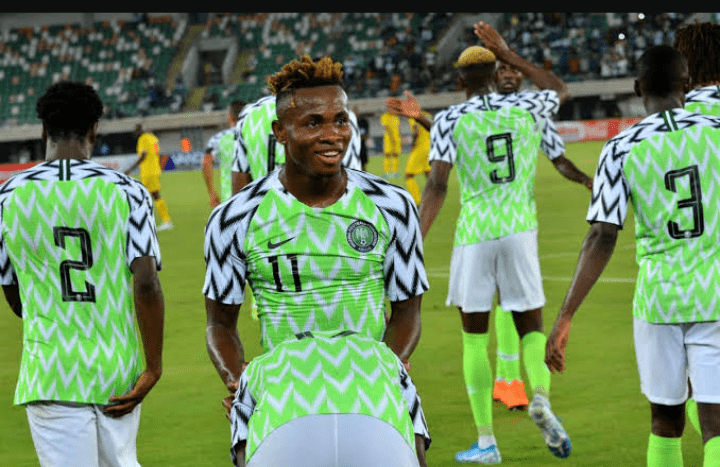 However, after his consistently brilliant display in Serie A for Udinese, Isaac Success is knocking on the national team’s door again.

Same for Hertha Berlin’s Ejuke, who is Nigeria’s number-one dribbler in Europe’s top five leagues at the moment.

Three goals and one assist in nine games for Slavia Prague also suggest that Olayinka is a worthy weapon in one’s armoury from the wings.

After scoring four goals against Sao Tome and Principe last time, Osimhen should naturally be the first name on this 27-man team list.

But the Napoli man is a major doubt following his injury against Liverpool in the Champions League last week.

Umar Sadiq’s absence is already confirmed after the Real Sociedad forward sustained an injury that will keep him out of action until 2023.

The unavailability of Osimhen and Sadiq will cause Peseiro to look in the direction of Nottingham Forest’s Awoniyi and Leicester City’s Iheanacho.

The head coach is already acquainted with Cremonese’s Dessers and Lorient’s Moffi. Both strikers were on target during the last international break.