What does Onana’s arrival at Everton mean to Iwobi’s first team chances?

Standing at 6’5”, Onana has an instantly noticeable frame and a height advantage that may see him settle to life in the Premier League quickly.

Only joining Lille 12 months ago from Hamburg, the player played just 13 times in the Ligue 1 but looked to have shown enough for confidence.

He has now moved for five times what was invested on his acquisition last season. At Everton, he’s also slotting into a midfield that needs improvement.

Alex Iwobi played in the #6 role against Chelsea and impressed with his industry and energetic poise.

His performance was seen by Frank Lampard as a reassuring one of his readiness for that responsibility and Everton fans also reiterated their manager’s position.

For Abdoulaye Doucoure whom Lampard also praised, the fans don’t accept the same. While that may just be for one game, the player most likely to be affected by Onana’s signing is the former Hornet.

FBRef shows that Doucoure is 8th on the list of players Onana is similar to, in traits and style.

Doucoure has strides and an ability to cover every blade of grass but he hasn’t had the sort of impact many saw of him at Watford. In the last six to eight months, Iwobi has been one of Everton’s best players and his return to form was significant to their survival in the Premier League last season. This, however, is a new season and there’s a player to contend with.

What difference does Onana bring to Everton?

In the Ligue 1 last season, according to Whoscored, only Jean Onana completed more tackles than Amadou Onana per 90 mins for players aged under 23.

His success rate of 87.3% is also higher than that of any Everton player last season with Donny Van De Beek coming closest at 68.2%.

Lampard understands the need for more steel in his midfield to complement the industry of Iwobi and Doucoure who are less tuned to winning the ball.

Onana’s height counts for an advantage but his relative inexperience will be tested early at Everton. Although adept at tackling, he is yet to completely master the art of passing, a feature necessary to make a great #6. His pass success rate is just above 81% for an average of 41 passes per 90 minutes.

However, having players like Iwobi by his side means he can focus on winning the ball, while allowing the Super Eagles midfielder do the rest of the running. 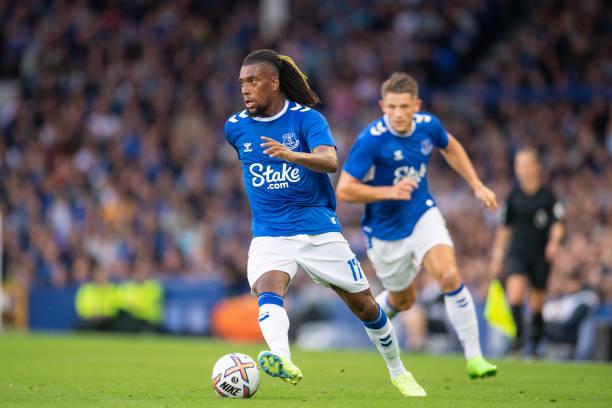 Where does Iwobi fit best at Everton?

Last season, Iwobi played everywhere for Everton and the constant theme in his game was happiness. He enjoyed every position he found himself and played with an impressive freedom.

Regardless of who comes into the team, the advantage to his game is his intelligence and energy to cope in various positions.

Last season, he played as a wing back and at some point, as a full-back, even temporarily featuring as a centre back in some difficult games.

His best position, however remains the central areas. As shown against Chelsea, where he had two key passes from his #6 position, Iwobi can open defenses with few touches, which is an improvement on his game.

It is unlikely that Onana’s recruitment will affect his chances in the team, especially considering his current form, but should he yanked off the middle, he has many other positions to call his.

His best strengths, and abilities have, however been seen, in the central midfield areas.