Former Manchester United striker Odion Ighalo has been included in the Team of the Season for the Saudi Arabia Pro League.

Ighalo enjoyed an excellent 2021-22 campaign, as he played a crucial part in helping Al Hilal lift the league title on the last day. 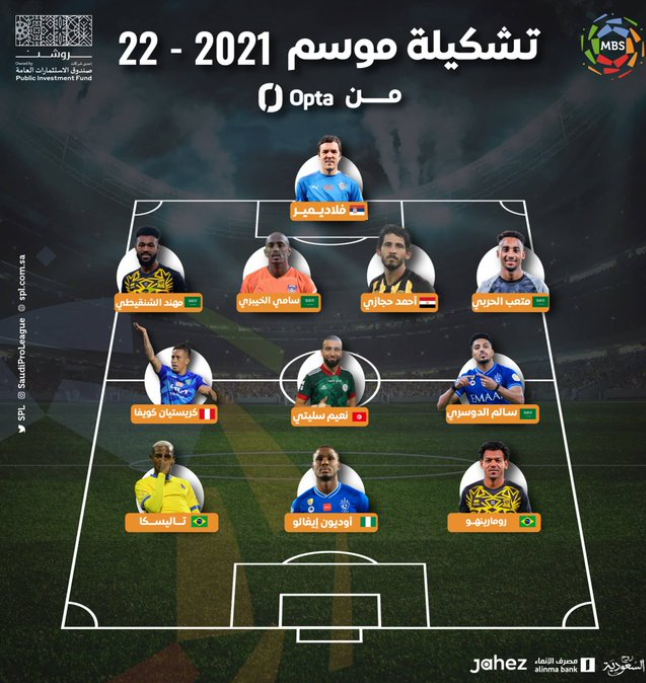 The Nigerian international was by some distance the best striker in the Saudi Arabian top flight, finishing top of the scoring chart with 24 goals. His closest rivals, Al Ittihad’s Romarinho and Al Nassr’s Talisca, both had 20 goals.

Ighalo netted 12 goals in 18 games for Al Shabab in the first half of the season. The Watford hero then switched to Al Hilal in January and fired another dozen in 13 matches to power the Asian Galacticos to the championship crown.

It was Ighalo’s first major trophy since moving overseas almost two decades ago.

Despite a difficult childhood, Ighalo left Nigeria for Norway in 2007 after making an impact with Prime FC and Julius Berger FC.

The 33-year-old has since played for Lyn Oslo, Udinese, Cesena, Granada, Watford, and Manchester United.

After Ighalo moved to Asia in 2017, he featured for Chinese sides Changchun Yatai and Shanghai Shenhua before arriving in Saudi Arabia two years ago.