by Kelvin Omachonu
in News, NewsNow
0

Super Eagles striker Odion Ighalo scored a brace for his Al Hilal side against Al Faisaly to ensure an 18th Saudi Arabia Professional League triumph for the Asian giants.

Ighalo struck from close range in both halves to ensure Al- Za’eem out 2-1 winners, and condemn Al Faisaly to relegation.

The victory was Ighalo’s first since he moved to Saudi Arabia in February 2021. Also, the Super Eagles veteran sealed his spot at the top of the goal-scoring chart with 24 goals, Ighalo’s highest goal tally in his career.

The 33-year-old is in high spirits after the triumph, and he took to social media to share some beautiful pictures. 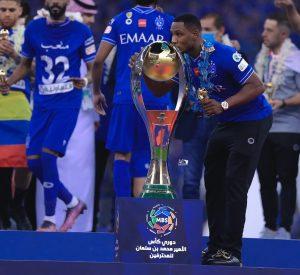 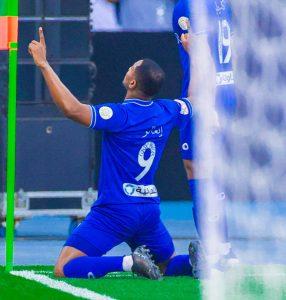 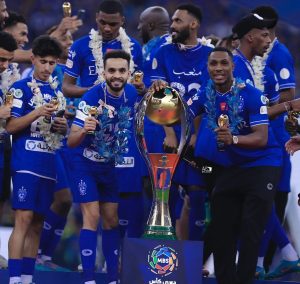 Nonetheless, the season is not yet done for Ighalo, as his side is still in the AFC Cup where they face Shabab Dubai. And the Nigerian striker can afford to dream of winning a first continental trophy.