Manchester United announced the Dutchman as new manager on Thursday

Even without being on the bench yet, expectations are rising for Erik Ten Hag. Such is the size and value of the club. Arguably the biggest in the world in terms of fan base.

Against old rivals, Liverpool, Manchester United hit a nadir. It was the lowest of lows. The heaviest defeat they’ve suffered over two legs in the Premier League era and the most comprehensively they’ve been beaten at Anfield. It was a gory sight.

A lot has happened since Sir Alex Ferguson retired from the job after 26 years in charge. His departure left a gaping hole the team has struggled to fill. David Moyes, Louis Van Gaal, Jose Mourinho, Ole Gunnar Solskjaer, Ralf Rangnick, systems and styles have been consistently shifted at Carrington, but none of these managers have found solutions to Machester United’s problem.

Far from their previously flying levels, the current Man Utd team is not the best to see.

The man appointed to chart a new course for the team, Rangnick has said many new faces will come into the team next season. It could be “six, seven or ten” according to him.

In what looks like wholesale changes coming ahead at Old Trafford, which Super Eagles players can Ten Hag and Manchester United look to sign to be a part of the transition?

Nigeria’s most-prized footballer, Osimhen possesses a level of hunger not usually found in players of his age range.

At 23, he has a high ceiling and great upside, and will very likely offer good value for money. The European players market is for the bold, rich and assertive, three qualities Man Utd haven’t shown in their recent dealings.

With Manchester City believed to be on the verge of the acquisition of Erling Haaland, Osimhen can also be a statement signing for Manchester United. 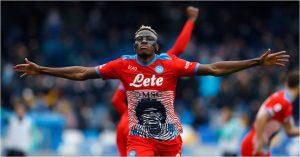 Being a Nigerian, the Red Devils are a club with a massive fanbase in Nigeria and are probably the only big Premier League club to have come to Nigeria in the past. Osimhen may represent a massive cultural shift in trajectory, at a time African footballers are standing to be counted.

Ten Hag is a consummate manager who knows how to turn water to wine, if given the time. The Napoli forward is still far from the finished article but has the desire, hunger and quality to inspire a turnaround.

With the current crop of players showing disinterest sometimes, Osimhen is known for his firecracking approach, and at his age, it won’t be a bad risk to take.

Linked many times to a Manchester United switch, the Leicester midfielder’s stock has grown steadily and attractively in the Premier League.

Far from your perfect holding midfielder, his ability to mop and screen the defense however, doesn’t come into question. In the art of tackling, he’s one of the best in the league, in art and numbers. 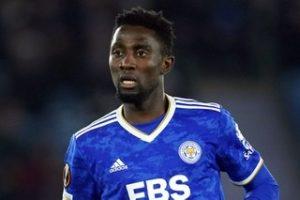 While injuries have been a recent unwanted accomplice for the former Genk midfielder, when fit, he’s a protection every manager will like to have.

Ten Hag has a clear system of football, and it’s an attractive brand. What Ndidi offers is Premier League experience and the sacrifice of working for the creative players of the team. A solid base behind them to watch their backs and he will also improve around better players.

The choice is Ten Hag’s to make, but having arguably Nigeria’s two best players will be a statement of intent.