In Rashidi Yekini, Nwankwo Kanu, Victor Ikpeba, Julius Aghahowa, and Daniel Amokachi, Nigeria have unleashed some fine strikers on the rest of Africa and the world over the years.

But who has been the country’s most prolific goal-getters at the Africa Cup of Nations?

Soccernet unveils the seven highest-scoring Nigerians at the Afcon.

Rashidi Yekini – 13 goals
Fittingly, Nigeria’s all-time highest goalscorer is also the man with the most goals at the African championships.

Thirteen of Yekini’s 37 goals for the Eagles came at four Nations Cup tournaments. 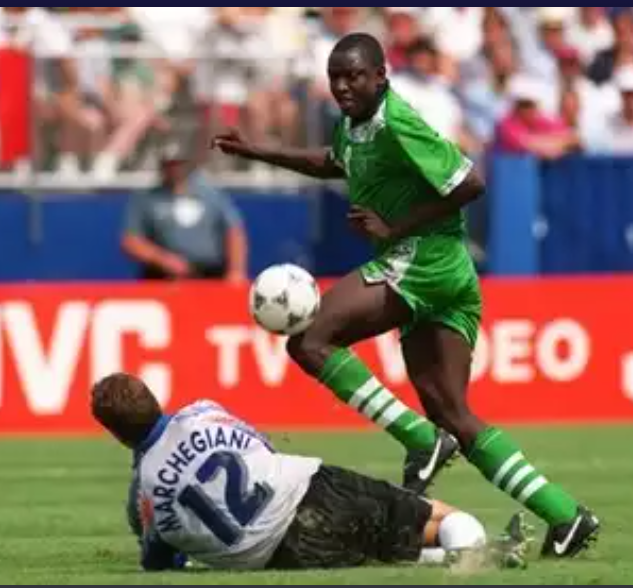 The former Vitoria Setubal forward scored once in Morocco ’88 and three times at Algeria ’90, with Nigeria claiming silver medals at both games.

The Eagles finished in third position at Senegal ’92, where Yekini confirmed his status as the continent’s finest marksman with four goals and the top scorer’s award.

His last Afcon was his most glorious as Yekini scored five goals and reclaimed the highest goalscorer gong to help Nigeria emerge as champions at Tunisia ’94.

Austin Jay-Jay Okocha – 7 goals
Okocha was also a member of that victorious squad at Tunisia ’94, but the midfield wizard did not grab his first Afcon goal until Ghana/Nigeria 2000.

The Paris Saint-Germain playmaker scored twice in the 4-2 defeat of Tunisia in the opening match before smashing a goal-of-the-tournament contender in the final against Cameroon. It was, however, not enough to power Nigeria to the title. 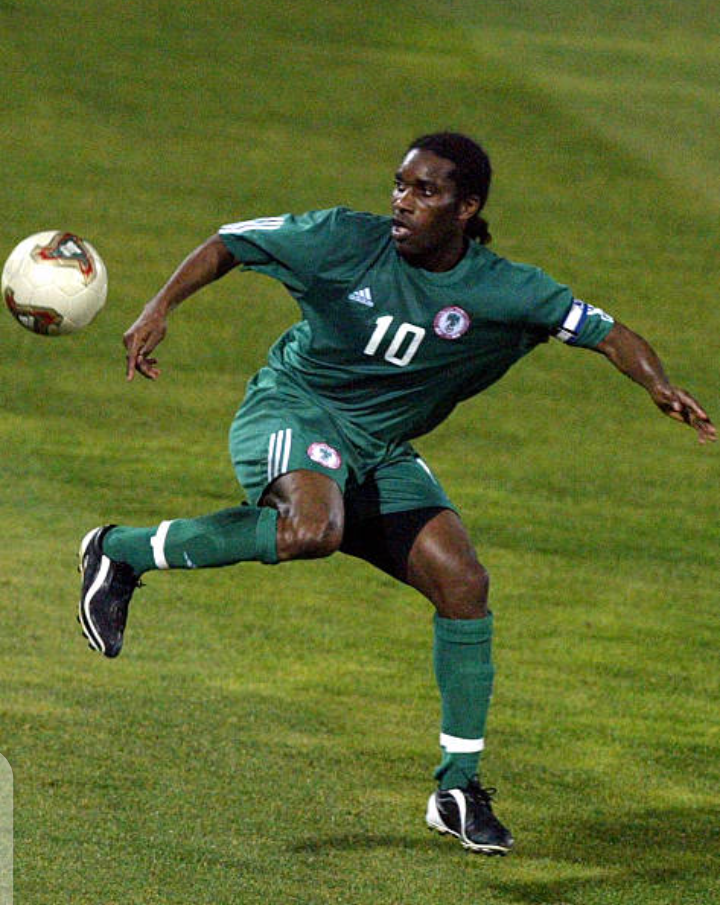 Okocha then sealed his place among Africa’s greats when he scored four times, finished joint-top scorer, and was named the Most Valuable Player of Tunisia 2004.

Segun Odegbami – 6 goals
Ghana hosted and won the 11th edition of the Afcon in 1978, but Segun Odegbami left his imprint on that tournament.

Deployed mainly as a winger, the Shooting Stars of Ibadan ace contributed three goals in his first-ever appearance at the showpiece to help Nigeria secure the bronze medal.

Two years later, Odegbami repeated his three-goal feat, and this time it was enough to seal the Eagles’ first-ever Afcon triumph and elevate him onto this exclusive list.

But it was Esperance’s teenage forward Julius Aghahowa who lit up that tournament with three spectacular goals, including the late, late brace that shot down Senegal in the quarterfinals.

Nigeria finished a disappointing third yet again at Mali 2002, but it was a fantastic tournament on an individual level for Aghahowa.

He netted another three goals to share the goal-king award with two others – Patrick Mboma and Salomon Olembé – and made the Team of the Tournament.

Odion Ighalo – 5 goals
Ighalo made his Afcon debut at Egypt 2019, but he showed he was no newbie in front of goal as he hit the target five times to claim the top scorer award even if the Super Eagles only stumbled to a third-place finish.

The former Manchester United loanee announced his international retirement immediately after that championship but returned to the Super Eagles just in time to make the squad for Cameroon 2021.

He will look to add to his overall tally against Egypt, Sudan, Guinea-Bissau, and beyond as Nigeria aim for a fourth Afcon title.

Muda Lawal – 5 goals
Nigeria were one of the most exciting sides at the 1976 Afcon. The Green Eagles found the net 11 times, with Baba Otu Mohammed getting three goals and four other players, including Muda Lawal, netting a brace each.

Lawal would go on to feature for the Green Eagles at four more Afcons to become the first player on the continent to appear in five successive editions of the tournament.

Two bronze medals, a silver medal, a gold medal, and three more goals from these tournaments guaranteed the former Shooting stars ace his place among the greats.

Peter Osaze Odemwingie – 5 goals
After choosing to represent Nigeria at the international level, Odemwingie made his Afcon bow at Tunisia 2004.

And he warmed himself straight into the hearts of Super Eagles’ fans with a second-half brace in the 4-0 demolition of South Africa in a group stage tie. He ended the tourney with three goals after scoring the winner in the 2-1 defeat of Mali in the third-place match.

Odemwingie returned with another two goals at Angola 2010 as the Super Eagles picked up yet another bronze medal.

The former Lille striker narrowly missed Afcon 2013 and would rue that miss as a Stephen Keshi-inspired side powered to the title in South Africa.