Osaze Odemwingie: The Nigerian who made history in the Premier League but known for another reason

The Premier League has witnessed the talents of many Nigerian players, both past and present. Currently, there are seven established Super Eagles stars flying the country’s flag high in the English top-flight.

These players include Watford’s trio of Oghenekaro Etebo, William Troost-Ekong and Emmanuel Dennis, who arrived this summer.

But before them, players like Efan Ekoku, Kanu Nwankwo, Austin Jay-Jay Okocha and Yakubu Aiyegbeni had created history, earning a cult hero status at their respective clubs.

However, one name that often gets left out or underappreciated is none other than Osaze Odemwingie. The footballer turned golfer spent five seasons in the English top-flight with West Brom, Cardiff City, and Stoke City.

He would be remembered mostly for his spell at West Brom in all of his time at these clubs. On Friday, August 20, The Baggies took to their Twitter account to celebrate the anniversary of his signing.

Odemwingie joined West Brom from Lokomotiv Moscow in August 2010, shortly after Nigeria had crashed out of the 2010 World Cup in South Africa.

Surprisingly, The Baggies were not the first West Midlands club to signify an interest in him. Birmingham City had initially made an offer for him, but Lokomotiv held on to their player with the hope he would command a higher fee if he had a good World Cup.

Unfortunately, the Super Eagles crashed out in the group stages, which affected the Russian club’s plans. And with just a year left on his contract, West Brom were able to sign him on a cheap.

There were fears Odemwingie would struggle to settle in quickly, just like most foreign players arriving in the Premier League, but he never had those problems.

Speaking in an interview with Planet football, Osaze, who also played in Nigeria, France and Belgium, revealed he could not understand why footballers struggle to settle into a new environment.

I don’t know why some people can’t settle in another country. The dressing room is full of boys – it’s always lively, and you can always find someone to get close to and have a bond with.

“I never struggled to adapt. I really enjoyed the football itself, and that was the language that was more important than anything.”

He allayed any fears his doubters may have had as he scored on his debut, just a day after arriving, to seal a 1-0 opening day win over Sunderland for the Baggies.

Odemwingie had arrived as a 29-year-old, but his match-winning display on the opening day meant his age was no longer a concern. He instantly became The Baggies hero.

In his first full month, which was September, he picked up the Premier League player of the month award after scoring two goals and registering an assist.

An injury made him miss two games in October and one in November, but on his return, he continued in the same vein of form.

Although the goals did not come consistently, Odemwingie found the target against West Ham, scored a brace against Blackpool and Newscastle, respectively, before another strike against Wigan and West Ham again.

It all came between November and February. But while that was impressive, the last two months of the season brought out the best of the former Lille man.

The former Super Eagles star scored six times and provided four assists in the last eight games of the campaign to cap off a fantastic debut season.

Some of the teams he scored against include Chelsea, Tottenham Hotspur and Arsenal. His performance earned him April’s Premier League player of the month- his second in his debut season.

Four Nigerians have won the Premier League player of the month award, but only Odemwingie has won it multiple times. 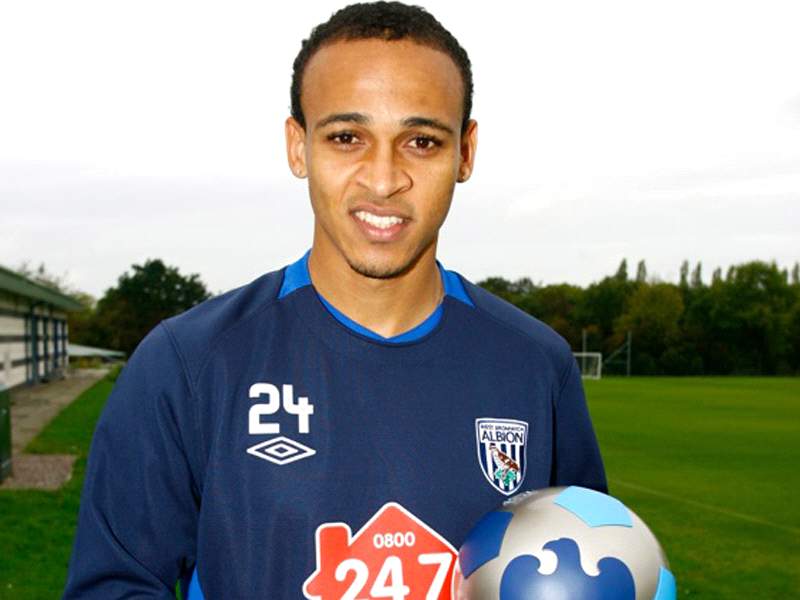 He finished the season with 15 goals and deservedly won the Baggies player of the year. Odemwingie was unable to repeat the feat in his second season at the Hawthorns, but he still managed to score ten goals and provide three assists in 30 league games.

However, despite his success in his first two seasons, his time at the Hawthorns would be defined by an unsavoury moment in his third season.

Odemwingie started the season with a goal in the Baggies 3-0 win over Liverpool. He did not score again until November 5, 2012, when he scored a brace against Southampton before another strike against Chelsea two weeks later.

However, at that point, cracks were starting to show in the relationship between the two parties. In January 2013, he was the subject of a bid from West Brom’s fellow strugglers, QPR.

Odemwingie wanted to leave, but the Baggies refused to sell. However, in what will always be one of the unforgettable moments of the transfer window, Odemwingie drove from the Midlands to QPR’s ground in London on deadline day to sign a contract.

But he was denied entry as the Baggies did not give him consent. The ex-Super Eagles star eventually returned to West Brom, but his relationship with the club and fans had deteriorated.

Following the events that happened on deadline day, Osaze launched a tirade at the club for denying him a move to London. He eventually clarified the reasons for his actions in an interview later.

“From what I knew, we had agreed everything. They were working on bringing Junior Hoilett to West Brom, and apparently, him changing his mind at the last minute is what killed the deal. I wasn’t aware of that, otherwise, I wouldn’t have gone anywhere.”

Odemwingie did not feature a lot for the Baggies after that drama. He joined Cardiff City at the start of the 2013/2014 season, but he struggled during his time at the club, scoring just one goal in 15 league appearances before leaving for Stoke City in the second half of the season.

He enjoyed some renaissance with the Potters, scoring six goals and providing three assists in the 15 league games.

However, he played just seven games in the 2014/2015 campaign due to a knee injury that ruled him out for most parts of the season.

He made another five appearances in the 2015/016 season, but it turned out to be his last year in the English top-flight.

His Legacy in England

Odemwingie’s will mostly be remembered for his actions on that infamous night in 2013’s winter transfer window deadline day.

But away from that dramatic night, he would always be one of the best strikers from Nigeria to grace the Premier League.

He scored 37 times and registered 13 assists in 127 Premier League games.