Super Eagles striker, Henry Onyekuru will be dancing through the alter with his beautiful girlfriend, Esty as they tie the knot today in Benin City.

It’s been a very busy summer for Onyekuru who moved into a new mansion in Lekki. He had an opening party for the new mansion just before he joined the Super Eagles ahead of the 2019 Africa Cup of Nations (AFCON).

The forward played just one game as the Super Eagles went on to win bronze medal at AFCON 2019.

Coach Imama Amapakabo is billed to be the guest of honour and will lead the delegation of coaching crew and other backroom staff to the occasion.

The Galatasaray forward was part of Nigeria squad that won bronze at the 2019 Africa Cup of Nations in Egypt.

got eye not just for the goals, his got it also like other

players for their spouses. One word for this couple as they get married today in Benin. Congrats To the Onyekurus. #SoarSuperEagles #Team9jaStrong #Onyekuru 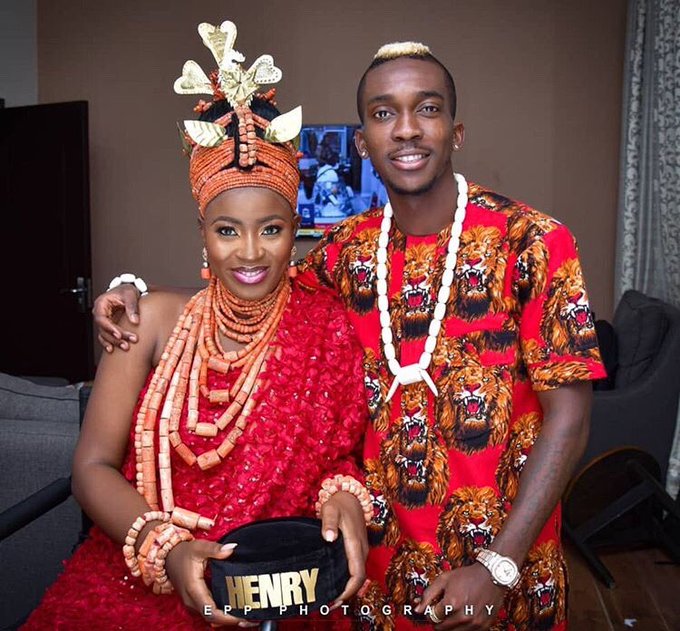