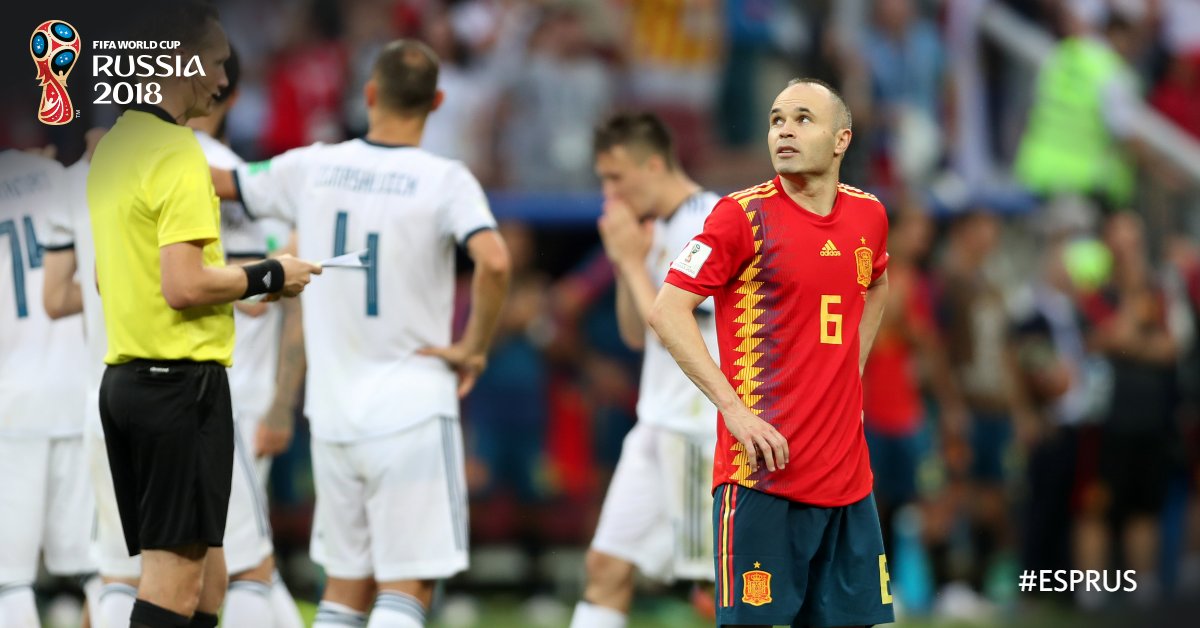 Host nation Russia are through to the World Cup quarter-finals after a shock penalty shoot-out victory against Spain.

The match finished 1-1 after extra-time and it was goalkeeper and captain Igor Akinfeev who became the Russian hero with penalty saves from Spain’s Koke and Iago Aspas.

In a very tense match in Moscow Spain took the lead through a Sergei Ignashevich own goal but Russia were level four minutes before half-time when Artem Dzyuba slotted home a penalty after Gerard Pique was penalised for handball.

Despite having the majority of possession Spain could not break down a defensive Russian side in the second-half or during the extra 30 minutes.

The game went to spot kicks and it was Russia who held their nerve to win 4-3 on penalties.