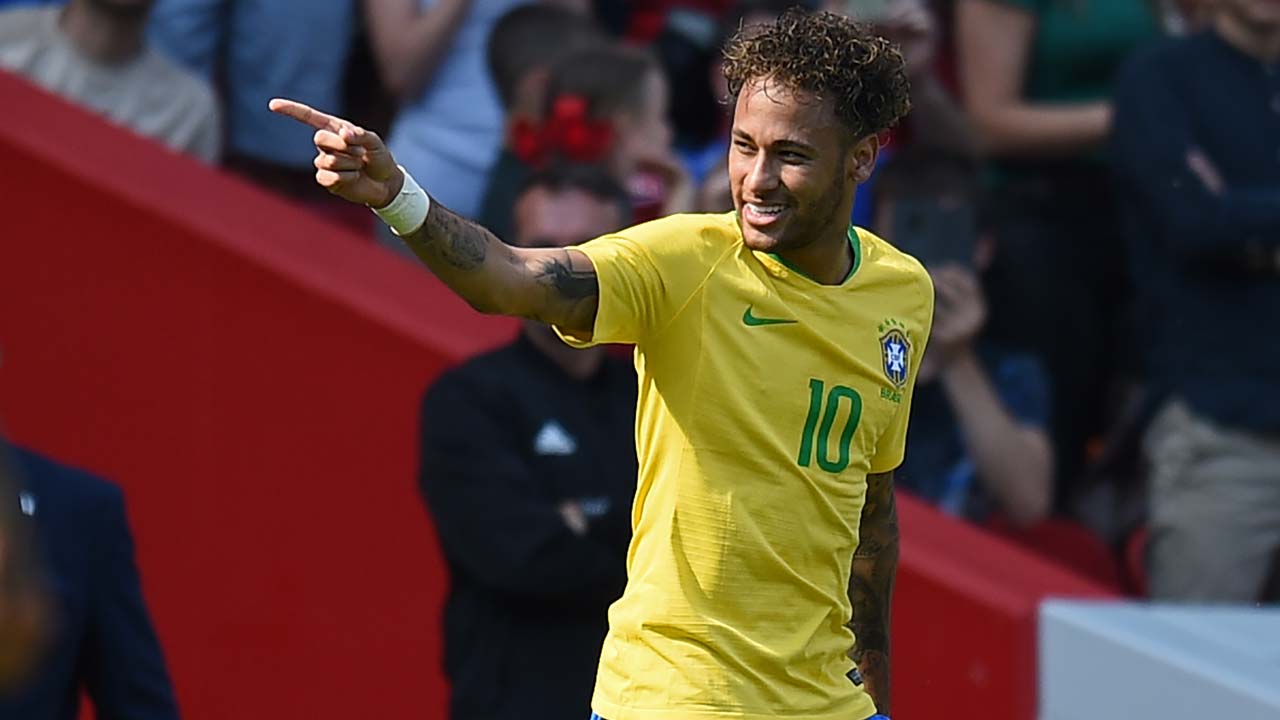 Neymar marked his return from a knee injury in spectacular fashion as Brazil beat Croatia 2-0 in a friendly at Anfield. The Paris Saint-Germain forward produced a stunning individual effort in the 68th minute of his first outing since he fractured a metatarsal playing for his club in February.

And much to the delight of the sizeable home support, the Liverpool playmaker Roberto Firmino added the second in added time to wrap up a comfortable win for the Brazilians. Neymar had started on the bench as he eases back into contention but there was also a start for the former Liverpool midfielder Philippe Coutinho on his return to Anfield.

It was the Croatians, limbering up for a tough group involving Argentina, Nigeria and Iceland, who threatened first but an Ante Rebic chance was snuffed out by Thiago Silva. Also playing on home soil, the Croatian defender Dejan Lovren came close to snatching the lead when he headed inches over from a corner. And despite relatively few first-half chances, the intent within the game could not be under-stated with both Ivan Perisic and Fernandinho booked by the referee Michael Oliver in a tetchy end to the first half.

Neymar’s introduction added urgency to the Brazilian forward line, which only increased when Firmino replaced Gabriel Jesus on the hour. Neymar broke the deadlock in style when he was fed by Coutinho on the left and drifted inside, beating Sime Vrsaljko before lashing the ball home off the crossbar.