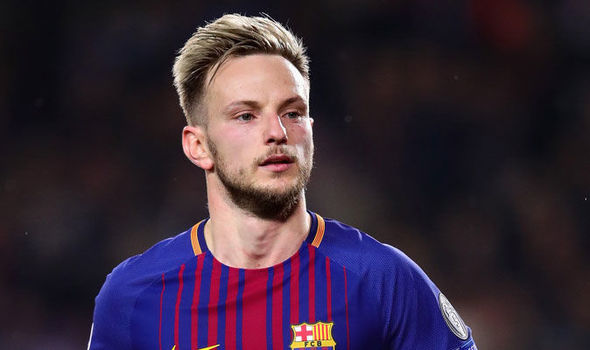 Barcelona midfielder, Ivan Rakitic has said that whatever the outcome of the UEFA Champions League Final between Real Madrid and Liverpool is, it doesn’t take anything away from the amazing season Barcelona has had.

Los Blancos and The Reds will light up the Olympic National Stadium in Kiev on the 25th of May 2018 in the final game of the competition where Barcelona crashed out in the quarter-final stage.

However, the Croatian star said regardless of the outcome of the clash Barcelona’s double of the La Liga and Cope del Rey remains a very impressive achievement which outshines the European trophy.

“This double won’t be worth more if Real Madrid lose the Champions League final,” he said in an interview with beIN Sports.

“It won’t be worth more or less.

“It’s very difficult to win a double, as competing in LaLiga is tougher than in Europe.”

Rakitic also spoke on Barcelona’s performance at the Champions League, saying they tried their best to get to the next stage of the competition, but it just didn’t go their way.

“It’s not that you’re thinking you’re already in the semi-finals, but you think there’s a good chance and then you are out, which is a major blow,” he said.

“Nobody was more determined to be in the semi-finals than us.”

The Catalans will be hoping to continue their impressive unbeaten run in the La Liga this Sunday when they face Levante at home. Barcelona currently holds the record of the longest unbeaten run in La Liga after breaking Real Sociedad’s record of 38 successive games without defeat.

With only two games left to play, it’s looking very possible that The Blaugrana will end the 2017/2018 campaign without a defeat.