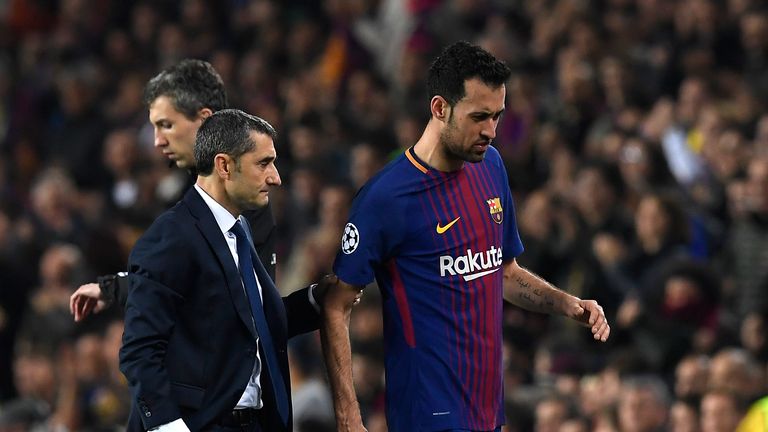 FC Barcelona might have to play without four of their key players when they face Sevilla this Saturday.

Lionel Messi sat out both Argentina games against Italy and Spain in the recent International break as he has been struggling with a Hamstring Injury. However, Barcelona manager Ernesto Valverde has chosen to play down the injury, claiming it’s nothing serious.

“Messi finished the last game with Athletic Bilbao well, it is true that he had a little trouble, but it was nothing important,” Valverde said according to The Sun.

Sergio Busquets still haven’t returned from nursing his Toe injury. The Midfielder was predicted to be away for three weeks, which means he’ll be missing the La Liga fixture this weekend.

Marc-Andre ter Stegen is also a doubt as the goalkeeper picked up a knee injury while on international duty. Ter Stegen was in action for Germany against Spain but missed the game against Brazil. He could be replaced by Jasper Cillessen till he fully recovers.

France International, Lucas Digne has also been ruled out for three weeks. The defender picked up an injury as France lost 3-2 to Colombia during the Internationa break.

With these players unavailable, Valverde and his team might have a tough time getting the 3 points when they visit Sevilla.