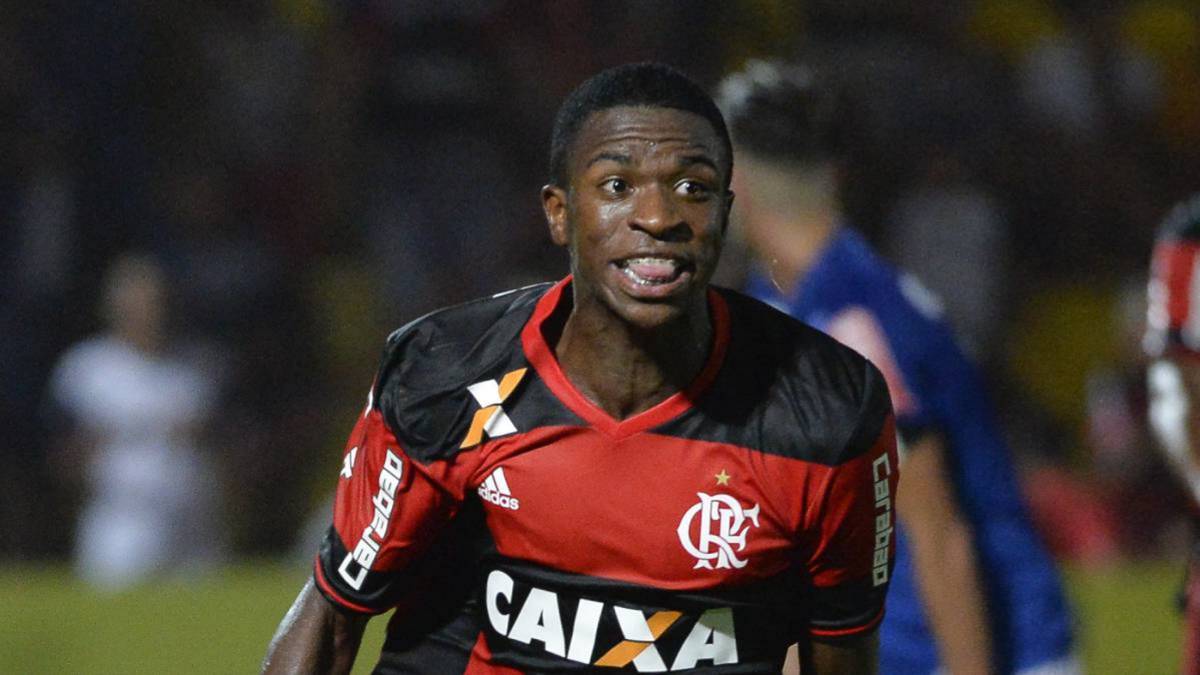 Real Madrid are set to beat Barcelona to the signature of Flamengo wonderkid Vinicius Junior, according to Brazilian media outlet Globoesporte.

The publication says the Brazil Under-17 attacker has “chosen Real”, despite attempts by compatriot and Blaugrana star Neymar to persuade him to join Barça.

Globoesporte claims that Madrid president Florentino Pérez has tabled a 45-million-euro bid for the 16-year-old, 20 million more than Barcelona had offered.

Vinicius Junior will reportedly join Real Madrid in 2018.
Cost of transfer could rise to 61 million euros

Sources close to Flamengo and the player have told the outlet that the deal may end up being worth around 61 million including add-ons and commissions.

Nothing has yet been signed, but a verbal agreement is said to have been reached for Vinicius to move to the Bernabéu in summer 2018, when he turns 18.

A product of the Rio de Janeiro club’s youth set-up, he was top scorer and player of the tournament as Brazil won the 2017 South American Under-17 Championship.