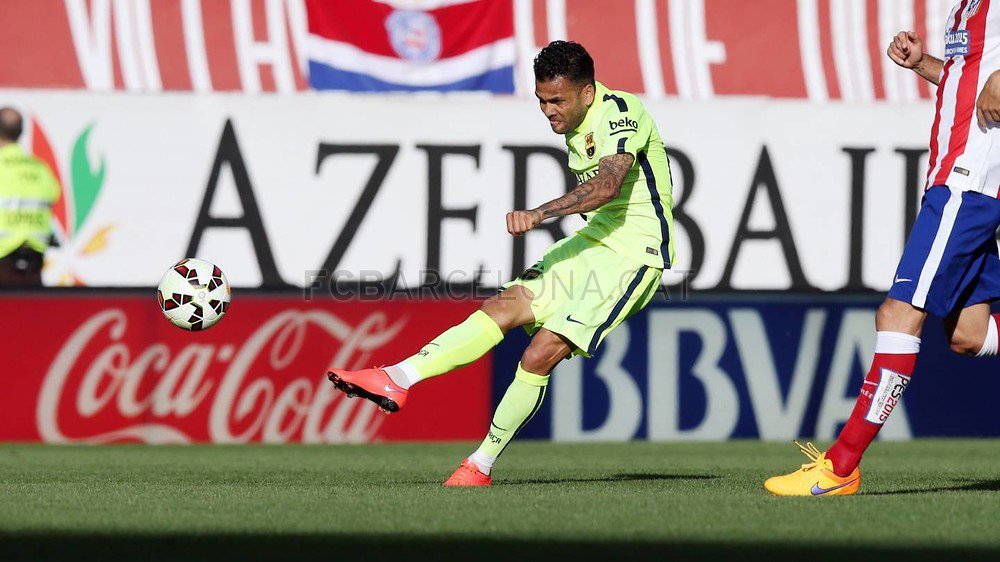 After so many speculations in the past few weeks, it has been confirmed that FC Barcelona right back Dani Alves will leave the Catalan club this summer after spending 8 years at the Club.
Dani Alves arrived to the Camp Nou in 2008 joining from Sevilla and has since become a crucial figure for the team, becoming one of the best players to ever play the right back position.
The 33-year old Brazilian has won all there is to win with Barça and is no doubt the Club’s best ever right back. He was part of the historic sextuplet winning team and played a huge role in the club’s treble win last season.
Dani Alves will leave FC Barcelona this summer after the player and the club confirmed his exit on Social Media. The player however stated that he will return to the club in the future as he is a Cule. The Brazilian is the most successful player from that country and also the most successful defender in football’s history. Juventus and PSG are the two front runners for his signature.
Tags: BarcelonaLa LigaTransfers
Share6Tweet4