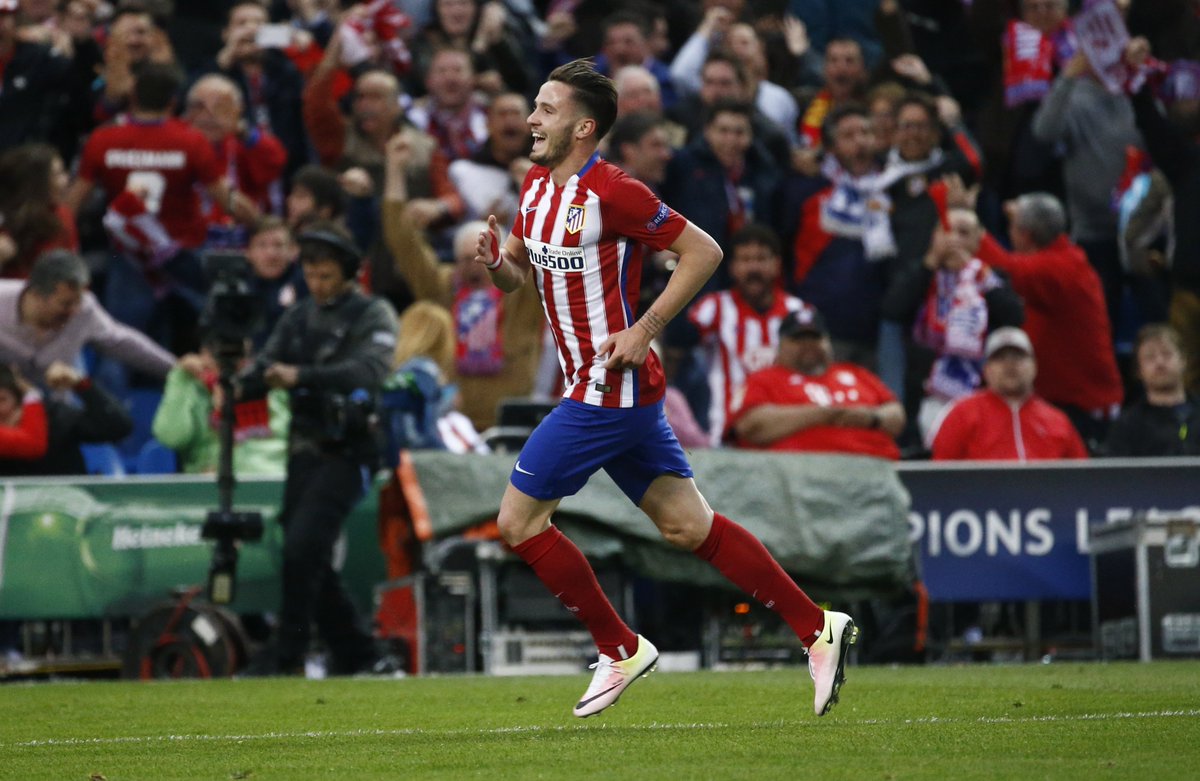 Manchester United are interested in signing midfielder Saul Niguez from Atletico Madrid according to reports from English source Daily Mail as the red devils seek to strengthen their squad for next season.
Saul signed a 5-year contract exa tension recently with Atletico Madrid that saw his release clause increase to £54 million and Manchester United will have to trigger that fee if they’re to get the star from a club which he calls ‘home’.
Manchester United missed out on a top-four finish to rivals Manchester City and will be looking to return to Europe’s elite competition next season and they see the midfield position as a place they should improve. They missed out on Renato Sanches who joined Bayern Munich and are now targeting Saul as his replacement.
Saul is a 21-year old versatile attacking midfielder and will be a boost to Manchester United’s team if the red devils manage to get him.
Tags: Atletico MadridLa LigaTransfers
Share6Tweet4