La Liga title race as tight as ever as Barca, Atletico and Real Madrid all win 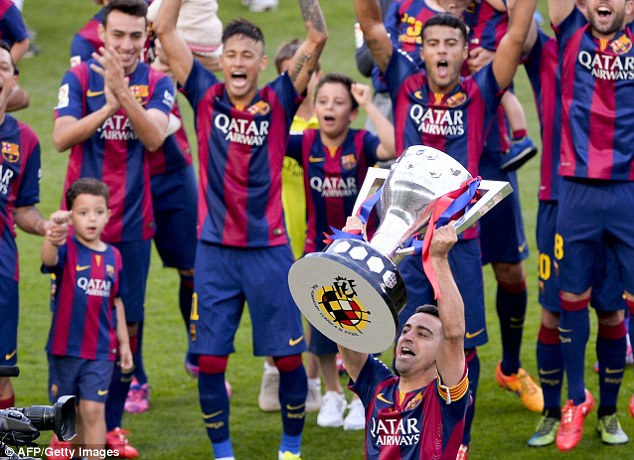 There was no room for errors at the top of the table in La Liga as the title race got even more interesting and tougher after all top 3 teams fail to drop points in tricky fixtures. Real Madrid, Atletico Madrid and FC Barcelona all won unconvincingly to keep the table at the same state with just two games remaining.Missing key forward men Cristiano Ronaldo and Karim Benzema through injuries, Real Madrid were hosted by relegation-threatened Real Sociedad and didn’t find it easy as expected. Coach Zinedine Zidane rested some players in view of Los Blancos’ must-win UCL tie against Man City on Wednesday with Lucas Vazquez and Be player Borja Mayoral partnering Gareth Bale up front. After a goalless first half and a host of missed chances, it was the Welshman Gareth Bale who rescued Madrid from a scare once again after he netted a sublime 80th minute header to give Zidane’s men a precious 1-0 win in a tough ground, the win fired them top but just temporarily as they would drop to third after wins from Barça and Atletico Madrid.Coming after a hectic 1-0 win against Bayern Munich in the CL, Atletico Madrid needed all three points to keep their title hopes alive, however, Coach Diego Simeone who watched the game from the stands rested a host of starting players. Similar to the Madrid game, the goals didn’t come in the first 45 minutes. Star Striker Antoine Griezmann was brought on 10-minutes into the second half and scored the winner almost immediately to send Atletico Madrid top of the table, but only temporarily as Barça would go on to win to regain their spot.FC Barcelona, out of the Champions League had a full week to prepare for a tie against Betis, one which everyone knew would be difficult. Luis Enrique started his strongest XI but they found it so difficult to go through the coordinated Betis defence and the game ended 0-0 in the first half. With Betis player Westermann sent off for a clumsy challenge on Rakitic, Barça found things easier despite playing on a very dry pitch. A Lionel Messi masterclass ensured the Catalans keep their position as table Toppers. The Argentine set up goals for Ivan Rakitic and Luis Suarez, the second goal a superb vision-executed through ball to give Suarez his 35th Liga goal of the season. Barça were 2-0 winners in a tough game and are two wins away to registering their second successive League title.36 games have been played and FC Barcelona are top on goal-difference with Atletico Madrid in second, Real Madrid sit in third position, one point behind Barça and Atleti. Two games left and these games will all be played at the same time in the next two Sundays.