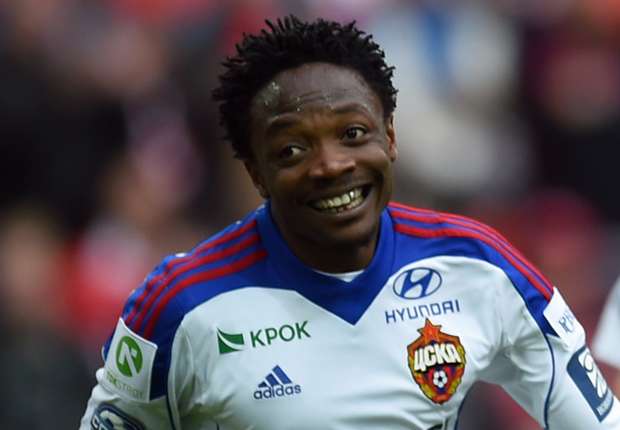 Tottenham Hotspur are not only competing for the Premier League title with Leicester City, but are hoping to steal a march on their rivals regarding the signing of Ahmed Musa from CSKA Moscow in the summer transfer market.

According to Russian newspaper Izvestia, the Londoners have made a bid of 25 million euros for the Super Eagles star, an amount less than the 30 million euros the Foxes are prepared to pay for his acquisition.

“CSKA are in talks with two clubs from the English Premier League Leicester City and Tottenham,” a source told Izvestia.

“For Ahmed it is a priority to transfer to the London team.  However, in this situation, not everything will depend on the willingness of the player.

“Naturally, that CSKA want to make money by selling the player for as much money as possible, and at the moment the offer from Leicester City is € 30 million which is higher than Tottenham’s € 25 million.”

It has now been suggested that the White Hart Lane outfit will have to increase their offer before landing the signature of Ahmed Musa.

“It is not known whether Spurs will increase their bid.  Nevertheless, we can say with full confidence that Ahmed will be in one of the English clubs next season,” the source added.

Musa joined CSKA Moscow from VVV Venlo in Holland in January 2012, and has netted 51 goals(28 assists) in 161 matches.