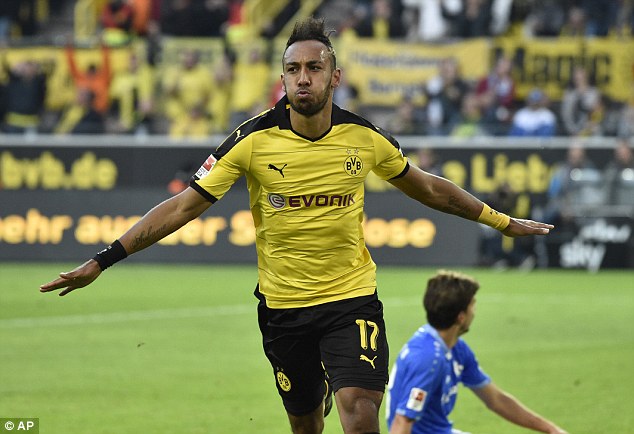 Bayern Munich striker Robert Lewandowski has hailed the abilities of striker Pierre Emerick Aubameyang ahead of his side’s clash with Dortmund.

Speaking to Goal.com, Lewandowski revealed he was surprised with the way the Gabon striker has adapted to German football following his 2013 move from French side Saint-Etiene.

The Poliseh striker said: “He already showed last season that he is able to score a lot of goals but this year he surprised me a bit.

“Dortmund are doing really well on the attack and they always can bank on Aubameyang. He is a great player, especially in terms of his pace. You mustn’t give him any space in the box or he’ll score.

Lewnadowski hailed the speed of the striker in short sprints.
“His pace is unbelievable. You don’t have a chance to catch him in his first 10 or 20 metres. Once he’s gone, you can forget it. He is in great form and he shows it every game.”

The two forwards played together at BVB in Lewandowski’s last campaign before joining Bayern.

Aubameyang has flourished this term scoring 22 Bundesliga goals only one behind the Poland international himself.

Bayern ate table toppers in the Bundesliga while Dortmund sit in second place only five points behind.