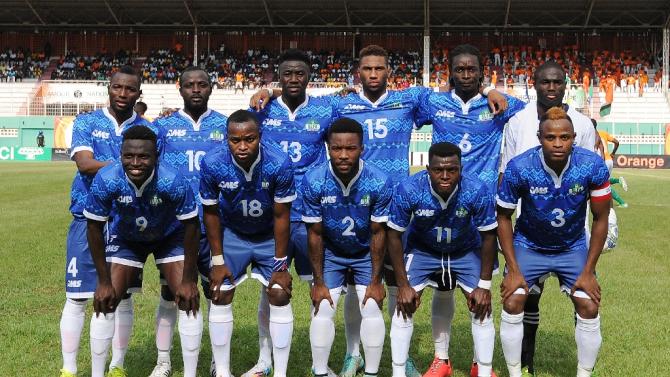 Nigeria’s quest to qualify for the 2017 AFCON in Gabon suffered a huge setback following the withdrawal of Group G opponents, Chad, from the qualifying series.
Chad on Sunday pulled out of the qualifiers, citing financial constraints for their decision.
They will therefore not honour Monday’s reverse leg match against Tanzania on account of their financial problems.
An official statement by Chad, signed by FA General Secretary, Moctar Mahamoud, said the country would not be in Tanzania for Monday’s AFCON qualifier due to the global economic crunch, which has also affected their participation in other international competitions.
With the latest development, the Super Eagles are now condemned to win against Egypt in Alexandria on Tuesday to stand any chance of qualifying for the Gabon fiesta.
A win in Egypt will put Eagles close to Gabon after failing to qualify for the last AFCON in Equatorial Guinea, but a draw or loss will likely end Eagles’ ambition.
Nigeria on Friday drew 1-1 with the Pharaohs in Kaduna.
Mohammed Salah’s last minute goal cancelled out Oghenekaro Etebo’s 60 minute goal.
CAF, in a statement on Sunday, in conformity to article 61 of the regulations of the competition, said: “If a team withdraws from the qualifying phase organised in groups, all its results shall be annulled (points, scored and conceded goals). Nigeria defeated Chad 2-0 in their only victory of the series.
“Hence, the matches of Chad of the first three days of Group G matches are cancelled and their results will not be taken into consideration.”
Also at a CAF Executive Committee meeting in January 2015, it was agreed that any group reduced to three teams following a team withdrawal will only qualify the first team of that group.
Furthermore, in conformity to article 59 of the regulations of the Competition, CAF said:
“The Chadian Football Association is suspended for the upcoming edition of the AFCON and must pay the monetary fine of $20,000.”
Meanwhile, the Nigeria Football Federation stated that the Super Eagles have no other option but to win their remaining two AFCON qualifiers, including Tuesday’s clash in Egypt, to qualify for Gabon 2017 in the wake of the shock withdrawal of Chad.
“We don’t have an escape route than to win our remaining matches, then we will be home and dry, and this includes beating Egypt in Alexandria on Tuesday,” said NFF’s spokesman, Ademola Olajire.[post_ad]