Moses: Injuries kept me out of the Super Eagles 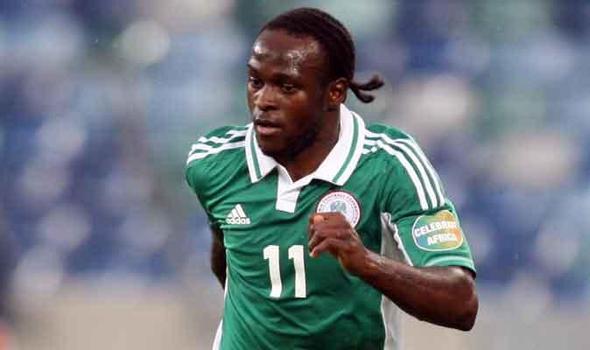 Super Eagles striker Victor Moses has revealed that it was injury that forced him out of the national team.

Moses on loan at West Ham from Chelsea, was key to the Super Eagles winning the 2013 Africa Cup of Nations in South Africa with Coach Srephen Keshi in charge. But under coach Sunday Oliseh, Moses have yet to lace his boots for Nigeria.

His last Super Eagles appearance was in the 2-0 loss to France at the 2014 World Cup but he has reaffirmed his commitment to Nigeria.

“I’m proud of being a Nigerian international and am always committed to playing for my country,” Moses told BBC Sport.

“It’s the best feeling representing your country and I always want to perform and give 100% for the team.

“Unfortunately, I have not been able to play due to injuries but I have an unwavering commitment to Nigeria.”

“There is a new manager and the team has been doing well but without me,” said Moses, who misses his involvement.

“I’m prepared to give it my all and fight for a place on a regular basis, that’s my aim.

“This is football, a competitive stage and I have to fight hard to get in but I don’t mind doing that.”