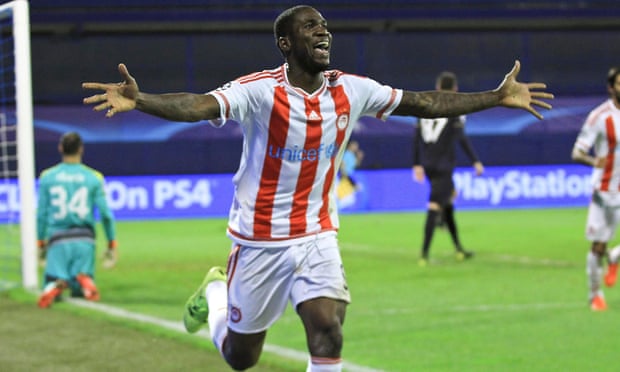 Greek Super League champions Olympiakos racked up their 17th win of the season from the same number of games, beating Levadiakos 3 – 1 at Stadio Georgios Karaiskáki (Pireás) on Sunday.

Brown Ideye was lively for the entire contest and gave the Reds the lead in the 15th minute from close range after he was set up by the Colombian Pardo.

The Nigeria international had a decent chance to double the advantage in the 28th minute but missed the opportunity.

If Ideye finds the net in his next game in the top flight, it would be his longest scoring streak since his move to Olympiakos from West Brom last summer.

Ideye has scored six goals in 14 appearances for Olympiakos in the current Greek Super League season.

Olympiakos are guests to Platanias in their next fixture in the Super League on Monday, January 18.