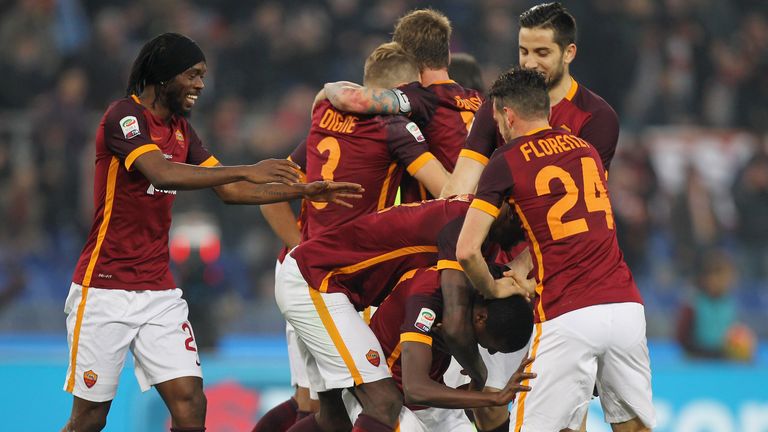 As the Leagues in Europe go for Christmas break , we highlight the best performing Nigerians who were part of their club’s games in recent times.

We’ve captured the Nigerian eleven players abroad who were outstanding over the weekend.

In a 4-4-2 formation, here’s SoccerNet Nigeria‘s XI Team of the week.

VINCENT ENYEAMA
The Veteran Goalkeeper was once again in top form between the sticks as he guides his French side Lille Losc to avoid defeat as they drew 1-1 with host Toulouse in the French Ligue.

SHEHU ABDULLAHI
The Nigerian defender helped his side Uniao de Madeira to a 1-0 win over Alberto Aquilani’s Sporting CP. He lasted the entire duration of the game.

GBENGA AROKOYO
The dependable defender Arokoyo made an assist for Daniel Larsson in the 5th minute for the first goal and helped in keeping a clean sheet as his side Gaziantepspor defeated Godfrey Oboabona’s Rizespor 2-0.

KENNETH OMERUO
The Chelsea loane was once again in the tip of the action as he helped his side Kasimpasa claim a vital 2-1 away win over Mersin FC in the Turkish League. He was on for the entire 90 minutes of the game.

ELDERSON ECHIEJILE
The Nigerian left back lasted the distance as he helped AS Monaco keep a clean sheet as they drew goalless with Troyes in the French Ligue 1.

ONYINYE NDIDI
The former Youth International protected the back four as he helped his Belgium club side Gent to 3-0 win over St. Truiden even without a booking. He lasted the entire duration of the game.

JOHN CHIBUIKE
The fine midfielder provided an assist for Orkan Cinar in the 13th minute for Gaziantepspor’s second goal as they defeated Rizespor 2-0, he lasted 87th minute and was replaced by Demba Camara.

MOSES SIMON
The forward was among the goals once again as his side KAA Gent defeated Kortrijk FC 3-0 in Belgium league. He was on target in the 35th minute for the first goal of the game. Simon lasted the entire 90minutes of the game.

UMAR SADIQ- STAR OF THE WEEK
The young talented forward helped his club AS Roma defeat Genoa 2-0 in the Serie A. He scored in the 89minute of the game as he nodded in William Vanqueur cross into the net for his first goal for the club after coming on as an 82nd minute substitute for Mohamed Salah. He sealed the win with just 8 minutes on the pitch. The 18 years old is a huge talent for the future, who said Nigeria lacks quality player?

OGBECHE BARTHELOMEW
The veteran striker scored a brace in the 34th and 71st minute of the game to propel his Eredivise club Cambur to a 4-1 victory over Excelsior. He was substituted in the 90th minute of the game by Martijn Barto.

ODION IGHALO
The in-form Watford man Ighalo dismantled Jürgen Klopp’s Liverpool by scoring a brace in the 15th and 85th minute as they ran out 3-0 winners. Odion Jude Ighalo was replaced in the 89th minute of the game by Adene Guedioura.