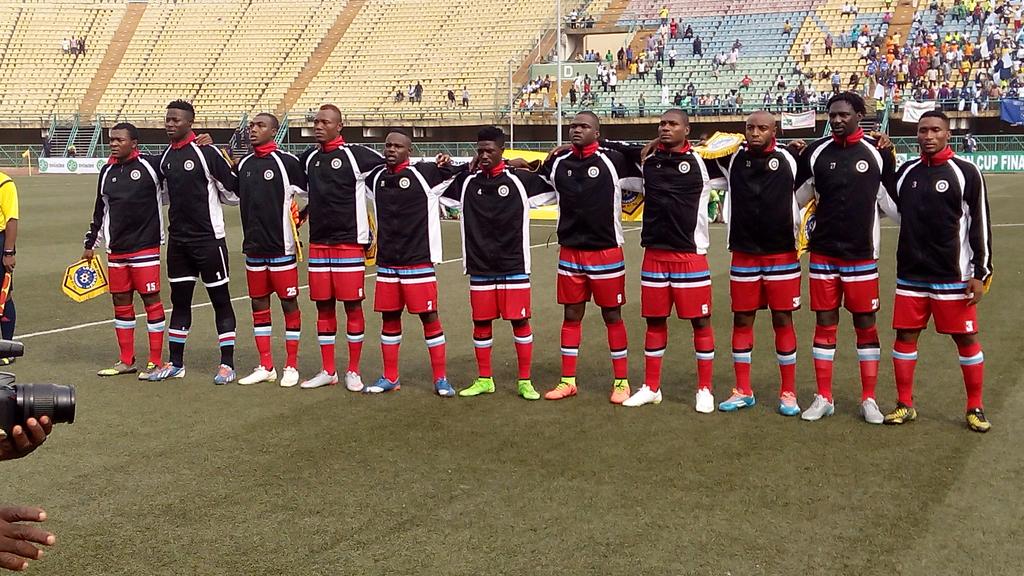 Akwa United go neck to neck with Lobi Stars at the Teslim Balogun Stadium, Lagos on Sunday as they bid for their first domestic diadem ever.
[post_ad]

43′ Akwa’s Edo tries an audacious attempt which goes over

26′ Akwa keeper makes himself big to save Bunde’s attempt.

• Both clubs met earlier this season in the NPFL over two legs. In July, Lobi edged Akwa United by a goal scored by Anthony Okpotu while Akwa United won the reverse game by same margin to stay in the division. Abdulafeez Awakan scored the winner at the Nest of Champions in Uyo.

• Lobi Stars duo of Okpotu and Abdulrahman Bashir are ineligible to play in the Cup final.

• If Akwa United attacking winger Ubong features he would have the chance to score a seventh goal in the Cup competition.

• Both teams have conceded three goals apiece en route to the final game in Lagos.

• It is a first-ever Cup final for Akwa United while Lobi Stars are set to appear in their fourth final having won it in 2003 and then finishing as losing finalists in 2005 and 2012.

• Lobi Stars head coach Justin Tenger will be sitting in the dugout for his third Cup final as a manager. Tenger was a coach when BCC Lions won the Cup in 1997 and in 2008, he led Gombe United to the final before they lost via penalties to Ocean Boys.