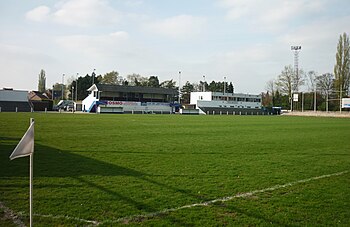 The venues for the Super Eagles friendlies this October has been changed, the Nigeria Football Federation has announced.

According to goal.com, the Stade de la Cite de l’Oie, Vise and Ros Beiaard Stadion are the new venues for the friendly clash with DR Congo and Cameroon on October 8th and 11th respectively.

The Eagles tackle Congo on October 8th (kick-off at 7pm) at the Stade Charles Tondreau – home of Belgian division 3 outfit Royal Cercle Sportif Visé while Cameroon will be tackled on October 11th at the Ros Beiaard Stadion (kick-off by 6pm).

The NFF has also announced that twelve players have joined John Mikel Oi and Odion Ighalo in camp.