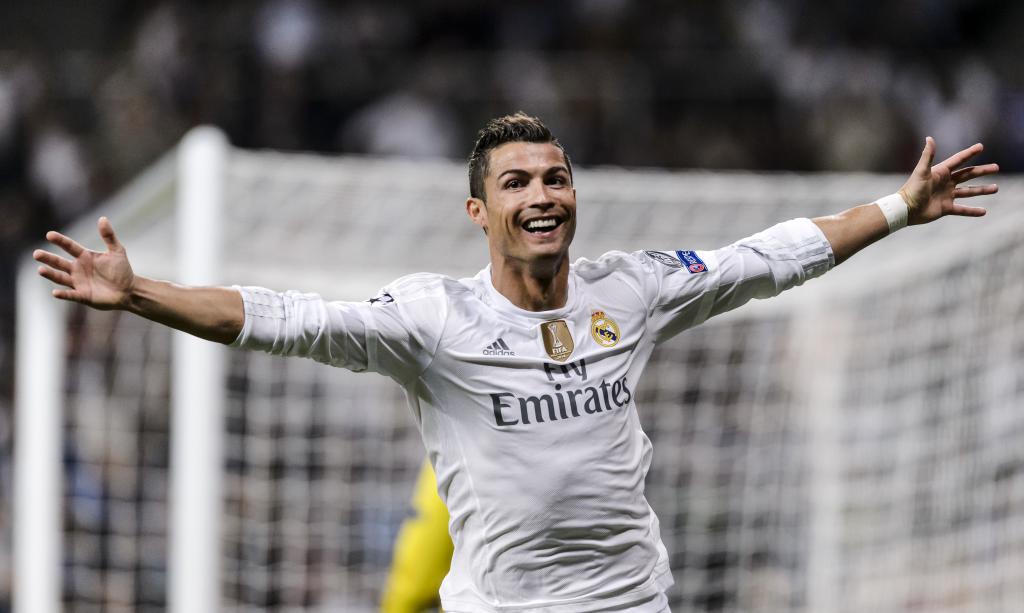 The UEFA Champions League is back with a boom as 16 of the 32 teams played their first games of the new seasons. All teams in group A-D were in action in the 1st Matchday that saw Real Madrid’s Cristiano Ronaldo steal the show.

The Portuguese marksman netted a hat-trick to help his side record a comprehensive 4-0 win over Ukrainian side Shakhtar Donetsk at the Santiago Bernabeu. Striker Karim Benzema opened the scoring for Los Blancos before the 30-year-old Pichichi holder added three more to take his goal tally to 80 in his Champions League career, the highest ever, as of now at least.

Real Madrid move straight top of group A but one of their former players Angel di Maria ran the show in the other group game. The Argentine gave PSG the lead before Edinson Cavani added a second in the 2nd half to give the french champions a 2-0 win over Swedish team Malmo.

New boy, Memphis Depay gave Manchester United the lead over his former club PSV Eindhoven, but the Netherlands team would come back to stun their English opponents as goals from Hector Moreno and Juliano Nasingh ensured an invaluable 2-1 win whilst Julian Draxler strike was enough to give Wolfsburg a 1-0 win over CSKA Moscow.

In Group C, a first-half brace from Antoinne Griezmann gave Diego Simeone’s Atletico Madrid a 2-0 away win over Galatasaray moving the Spanish team joint top of the group after Benfica also got a 2-0 win over Astana, thanks to goals from Nicolas Gaitan and Mitroglou.

Group D, the group of death was interesting as expected. Manchester City couldn’t hold on to the lead after they got the opener against Juventus through Vincent Kompany, but the Italian Champions would come back to win 2-1 on the night after Mario Mandzukic and Alvaro Morata got a goal each to give Allegri’s men an invaluable away win.

Elsewhere in Group D, Sevilla continued the Spain party as they saw off Borussia Moenchengladbach 3-0 on the night, thanks to two penalty goals in 20 minutes by Kevin Gameiro and Ever Banega (Gameiro missed another Penalty during this 20 minutes). New signing Konoplyanka got the other goal as the Spanish team make a fine start to their UCL return.
[post_ad]