Neymar Makes History With Brace For Brazil Vs USA 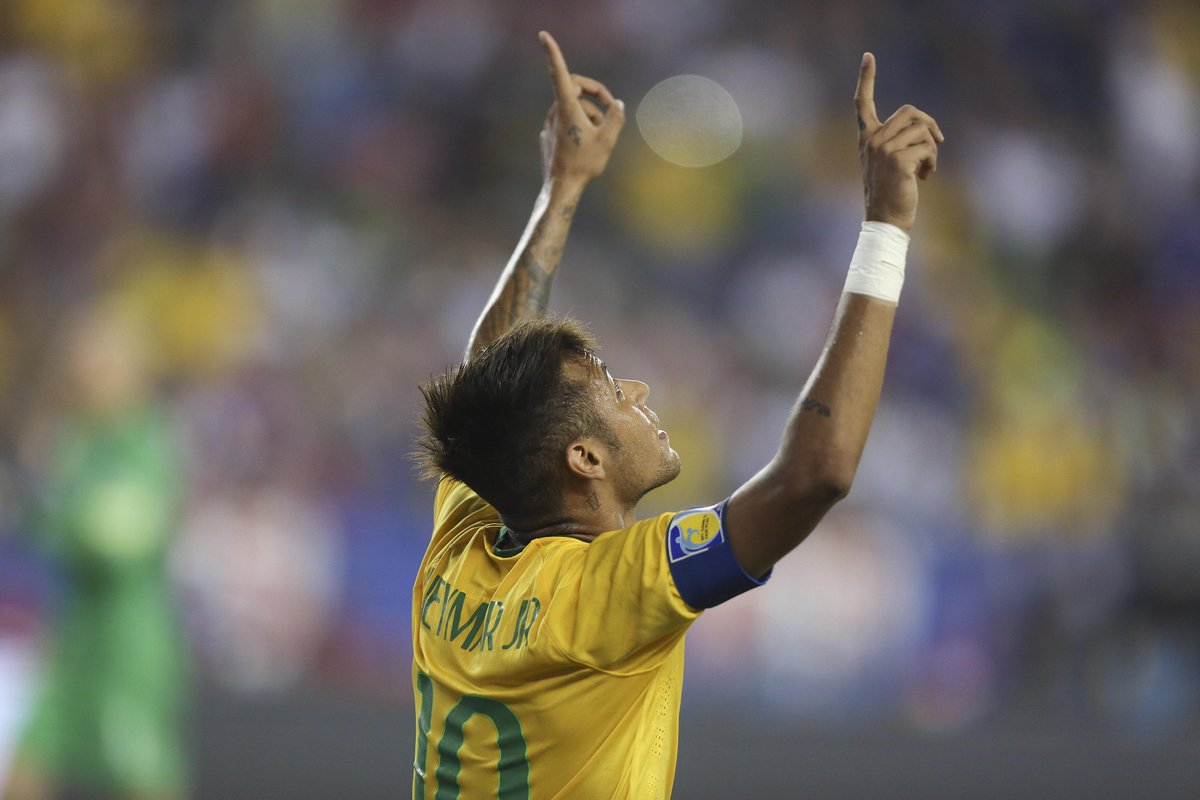 Dunga’s Brazil continued their fine form on international level since their disappointing 2014 World Cup as they got a comprehensive 4-1 over the United State of America in Fanborough on Tuesday.

Hulk and Barcelona youngster Rafinha Alcantara were both on target for Brazil, but it was the Brazil captain that stole the show of the night, bagging a brace despite playing just the second 45 minutes in the game.

Neymar, who just recovered from Mumps, played just the final 10 minutes in Brazil’s 1-0 win over Costa Rica three days ago and also started on the bench for Dunga’s men in the game against USA. He was introduced at half time for Robert Firmino and didn’t waste time in making his presence felt. Six minutes after his introduction, Neymar got felled in the area to win a penalty which he kept his composure to coolly finish giving Brazil a two goal lead.

The Barcelona winger added his second and Brazil’s fourth of the night in the 67th minute. He received a pass from Paris Saint Germain forward Lucas Moura, cut the ball back, then fired a shot to the near post from the left wing. That goal, Neymar’s second, was the star’s 46th career goal for the Brazil national team.

The Brazil captain is just 23 years 218 days old and with that goal, he became the youngest player ever in the history of football to reach 46 goals for his national team, not just Brazil, not just South American teams, but all national football teams.

It is a jaw-dropping achievement given the fact that he achieved this in just 67 games, making his debut just 5 years ago. In Neymar’s 67 games for Brazil, he’s scored 46 goals, assisted 25 times, won 47 times, tied 12 times and has just lost on 8 occasions.

He is just 23 years old and still has a lot of time to become Brazil’s top scorer ever, a record held by the great Pele. He’ll need 32 more strikes to do this. As things stand, Neymar is currently Brazil’s fifth top scorer ever, two behind Romario and Zico who has 48 each, 16 behind Ronaldo Nazario and 31 behind Pele. The odds favour Neymar to break these goal records as he still has up to 7 great years at least to shine.