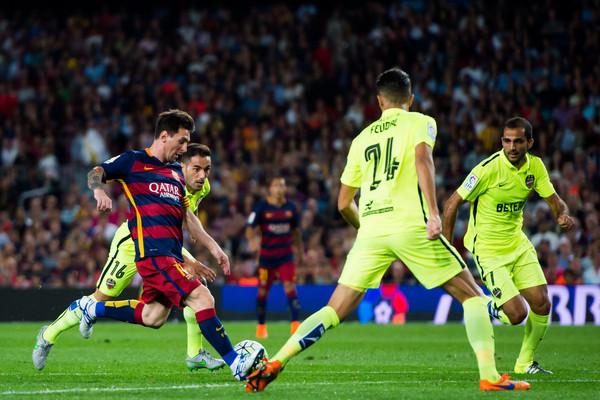 FC Barcelona continue their quest to defend the Liga title when they are hosted by Galician outfit Celta Vigo on Wednesday (today) at the Estadio de Balaidos in a clash that will see Luis Enrique make a visit to his former team.

The Barcelona manager joined the Catalans from Celta Vigo and lost in his first game against them after they beat Barça 1-0 in La Liga last season at the Camp Nou but the Catalans got their revenge in this fixture last season as a Jeremy Mathieu header ensured Barcelona got a slim 1-0 win over their opponent.

Barcelona continued their impressive form with a 4-1 win over Levante on Sunday to go top of the log, but Celta Vigo are also on a good path as goals from Nolito and Hugo Mallo gave the Galicians a sweet 2-1 away win over Sevilla to take them just two points behind the Catalans in second position.

Luis Enrique will be without Claudio Bravo and Thomas Vermaelen through injuries and he got a sad news earlier today that left-back Jordi Alba will sit out the game through a minor neck injury and is replaced by right back Douglas Pereira.

Dani Alves returns at right-back and Gerard Pique is set to feature in his first League game of the season after he completed his fourgame
suspension in La Liga in Barcelona’s 4-1 win over Levante on Sunday.

FlyBarca Prediction: Will surely be a tough game for Messi and Co. They will be happy to get all three points. They are favourites for the tie and will get a scrappy win.