The wounded lions host Las Palmas. At tthe Camp Nou in an early kick-off time as they seek to bounce back from their 4-1 loss to Celta Vigo 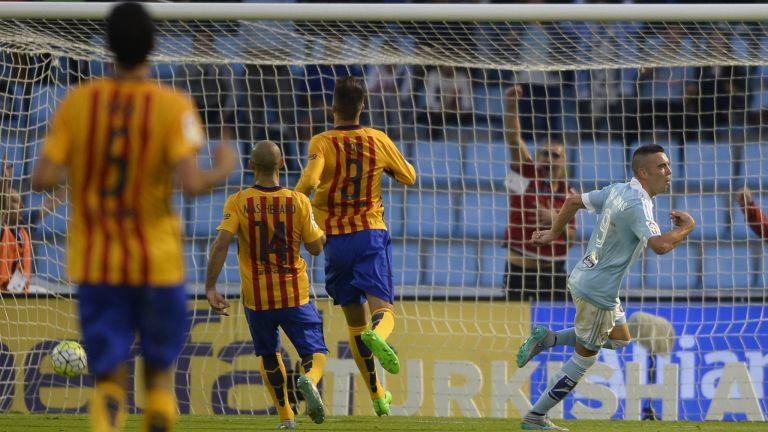 FC Barcelona got their first loss of the Liga season in an ugly fashion after they were comfortably trounced by Celta Vigo 4-1 in midweek. They will be looking to get off the humiliation when they take on La Liga newcomers Las Palmas at the Camp Nou today (Saturday).

The Catalans started the campaign with four consecutive wins but were humbled by a determined Celta Vigo side as breathtaking performances from Nolito and Iago Aspas gave the Galicians a 4-1 win over Barcelona who are now 5th on the log.

The last time Barcelona met Las Palmas was in 2002 and the game ended in a 1-1 draw with Barcelona’s goal scored by current coach Luis Enrique. That was 13 years ago and it is crystal clear that the Catalans are clean favourites this time around.

The Blaugranas are in defensive shambles so far as they’ve shipped in a whooping 16 goals this season already. Las Palmas are newcomers but will surely come into the game with maximum confidence following their wonderful 2-0 win over Europa League holders Sevilla.

Barcelona injury woes continued when they got the news that Jordi Alba will not feature in the Celta game as well as Sandro Ramirez but Luis Enrique hopes both stars will be ready for the Las Palmas clash today.

However, they are still without Thomas Vermaelen and Claudio Bravo through injuries and are still awaiting for a ‘clearer’ reply from FIFA on whether they could replace the injured Rafinha with Arda Turan.

FlyBarca Prediction: Barcelona will be looking to bounce back from the Celta loss and will see this game as an opportunity to give their fans a treat. A comfortable win for them.
Barcelona 4-0 Las Palmas.