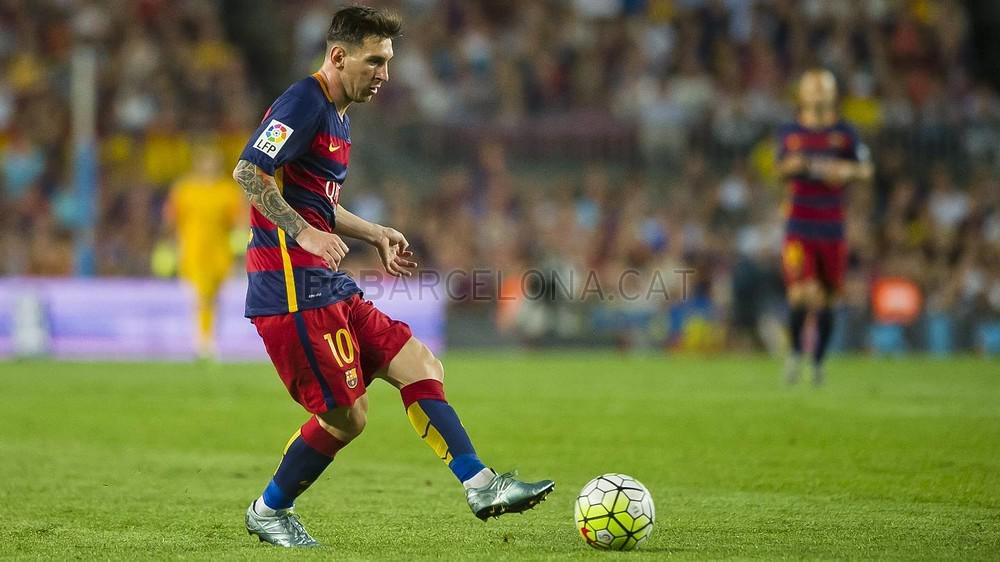 The rivalry continues between the two biggest football teams in the world as well as the two best football players as the Spanish La Liga continues.

Barcelona lead the way, securing 6 points in their two games of the season with Real Madrid garnering four after losing their league opener against Sporting Gijon. Lionel Messi and Cristiano Ronaldo are still struggling to open their goal accounts for their various clubs in the new Liga season as both players went the second consecutive game without scoring.

Barcelona took on Malaga on Saturday, coming from the back of a scrappy 1-0 win over Athletic Bilbao the previous week. They came into the fixture looking to get a revenge for their 1-0 loss to Javi Garcia’s men at the Camp Nou last season. Malaga looked inspired and they played a good game shutting out the Catalans for 72 minutes only for the most unlikely of players, Thomas Vermaelen to break their hearts with a left-footed half volley from inside the box on 73 minutes to give Barça a hard-fought victory.

Real Madrid played a surprise goalless draw against Sporting Gijon in their first game of the season but hosted Real Betis, another newcomer at the Santiago Bernabeu, and the game will end in a mauling. Braces from James Rodriguez and Gareth Bale and a lone strike by Karim Benzema ensured Los Merenguez get all three points in style, winning 5-0 on the night.

Barcelona maintained their 100% record in the League and are two points above Real Madrid. Rafa Benitez’s men are still two points behind their two biggest rivals Barcelona and Atletico Madrid who beat Europa League winners Sevilla 3-0 during the weekend.

Both players played the full game for their respective teams but once again, they both failed to open their goalscoring accounts in the new La Liga season. Judging from their performances, Lionel Messi and Cristiano Ronaldo performed better than they did in their previous fixtures but were unlucky to hit the target for their teams.

Lionel Messi, who missed a penalty against Athletic Bilbao last Sunday was the heart of every Barça move this time but was often kept out by the heroics of Malaga’s goalkeeper, Carlos Kameni. The inspired goalie kept the Argentine out on four occasions in the second half and one might easily say he was in a personal duel with the Barcelona talisman.

Cristiano Ronaldo on the other hand didn’t provide the spark he is renowned for and was overshadowed by the great show-out of Gareth Bale and James Rodriguez who both bagged braces. The Portuguese talisman left the pitch frustrated at the end of the game as he was unlucky not to get even a goal in a 5-0 win, something that has never happened in his Real Madrid career.

Messi and Ronaldo both failed to score in the opening La Liga matchday and this means it is the first time ever the world’s two best football players failed to score for their respective teams in two consecutive games whilst playing on the same day. It has never happened before.

However, if you know Messi and Ronaldo well, you’ll say the goals will surely come and sure it will. Both players who bagged a joint 91 goals in La Liga last season, have the chance to register their first goal of the campaign after the international break.