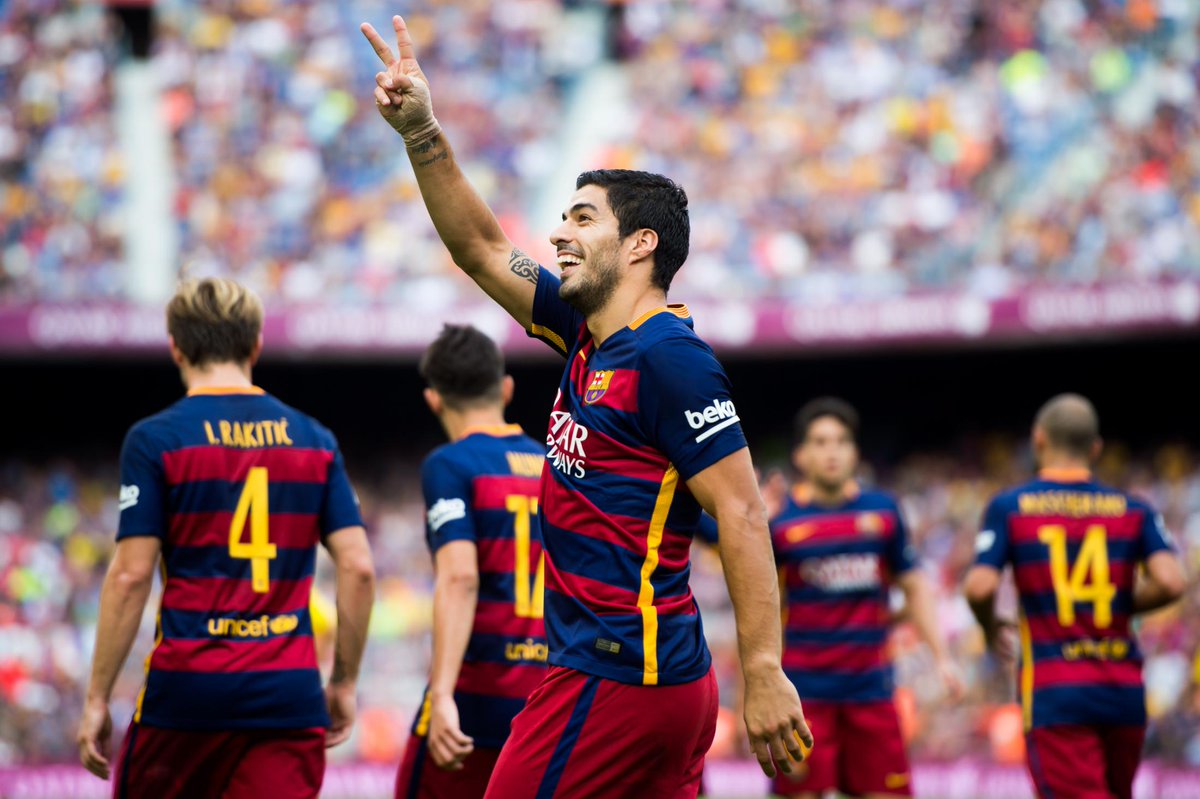 The Catalans got back to winning ways as a brace from striker Luis Suarez ensured Luis Enrique’s men scooped all three points in a game that saw star man Lionel Messi substituted early on with an injury and Neymar missing a penalty in the second half.

Barcelona started the game strongly from the first minute and almost got the opener as early as the fourth minute when Lionel Messi’s fine touch set him clear, but a last-ditch tackle from Pedro Bigas kept out the Argentine’s effort.

The Argentine was forced off the pitch as a result of the tackle from Bigas as he had pains to his knee and could not continue. A huge blow for the Catalans who are waiting for deeper tests to determine the length of the injury.

The Catalans then took the lead in the 25th minute through Luis Suarez. Right-back Sergi Roberto swung in a delightful cross from the right that found the box and Suarez jumped higher than his marker to head Barça in the lead.

Barcelona nearly got their second moments later when Luis Suarez found Neymar in the box with a cross but the Uruguayan’s cross was a bit inaccurate and Neymar couldn’t reach it.

Ter Stegen was called into action later on by Viera who fired a rocket towards goal but the German goalkeeper was equal to the task as he parried the ball away.

The Blaugranes got their second goal in the 54th minute through Suarez again. Munir sent a beautiful low cross into the middle of the box in which Sergio Busquets dummied and Luis Suarez was on hand to smash into the top left-hand corner to make it 2-0.

Araujo again looked dangerous for the away side just minutes later, but his powerful left-footed strike was palmed away by Ter Stegen.
Antolin Alcaraz handled the ball in the area to give Barça a chance to get their third from the spot and with Messi out, Neymar took the spot kick but blasted his shot over the bar.

Viera then got a goal on the 88th minute for the visitors after sloppy play from Javier Mascherano gave the ball away in a dangerous area. Las Palmas pushed on for the equaliser but it was too late and Barcelona came out tops.