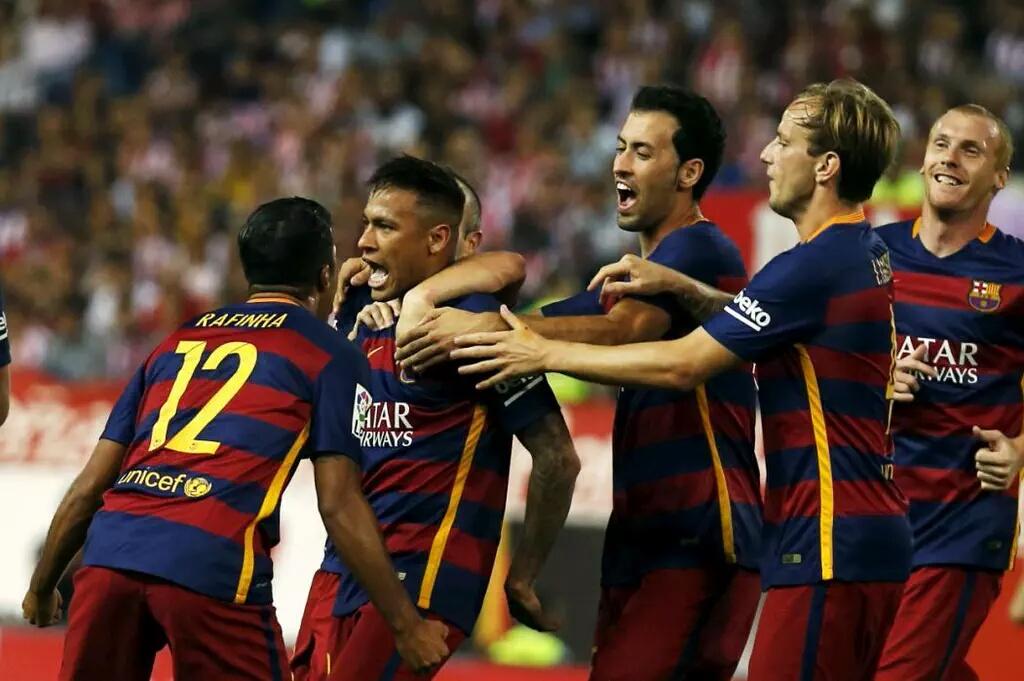 Barcelona travel to Rome to take on Italian giants AS Roma at the Stadio Olimpico in their opening game of the 2015/2016 UEFA Champions League season as they hope to become the first team to win back-to-back UCL titles.

Luis Enrique will make his first visit to the side he managed in the 2011/2012 football season and will be hoping his Barcelona team are capable of pulling an impressive win over a team which has improved since his departure.

The Italian team were comfortably beaten 3-0 by Barcelona in the Joan Gamper trophy in August but Barça know they’ll be facing a much more stronger team than the one they beat in the friendly game last month.

The last season Serie A runners-up and current leaders have made a couple of great additions to their side of late as the likes of former Manchester City Striker Edin Dzeko, Arsenal goalkeeper Wojceich Szczensny and Chelsea winger Mohammed Salah are among the big names that arrived to the Olimpico during the summer transfer window with former Barcelona B player Iago Falque also flying the flag of the Italians.

However, Rudi Garcia will be without star midfielder and Bosnian player Miralem Pjanic who will miss the game through injury with the good news being the availability of Belgian Radjan Nainggolan who is fit to feature in the tie.

Luis Enrique has more injury headaches to tackle as he will be without goalkeeper Claudio Bravo, and defenders Dani Alves, Thomas Vermaelen and Douglas Pereira who are out through injuries. The club made two signings in the window after they brought in Aleix Vidal and Arda Turan but both players are ineligible to feature until January 2016 due to the FIFA ban and therefore, they didn’t make Lucho’s Match Squad for the game with Jose Suarez and Gerard Gambau taking their place in the team.

The sweet news for the Catalans will be the return of defender Gerard Pique to the starting line-up after the Spaniard missed Barcelona’s last 3 league games as a result of the suspension imposed on him by the Spanish federation in the Spanish Super Cup game against Athletic Bilbao.

All eyes will be on marksman Lionel Messi who will be taking part in his 100th Champions League game for Barcelona and the Argentine will be hoping to get on the score sheet as he looks to increase his UCL goal tally from 77 strikes in the stadium where he scored his first UEFA Champions League final goal in 2009.

AS Roma vs FC Barcelona

FlyBarca Prediction: Will be a close game for both teams. Rudi Garcia’s men will give the Catalans a fight but Barça’s attack will be too hot to handle, Barcelona will scoop this one easily.
AS Roma 0-3 FC Barcelona.