18 Players In Barcelona Squad To Face Celta Vigo; Pique Back 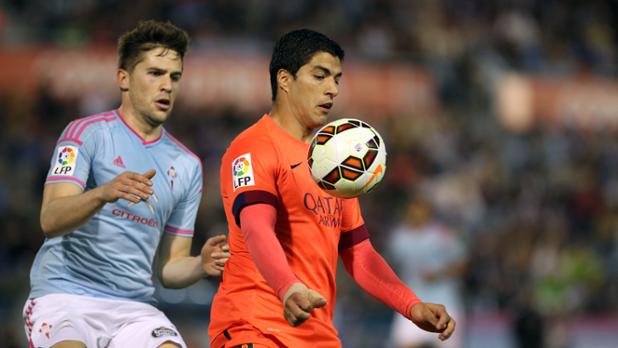 Luis Enrique has named his Barcelona squad for the club’s fifth game in La Liga against Celta Vigo on Wednesday night with 18 players featuring in the list including star defender Gerard Pique.

The defender didn’t take part in Barça’s previous four league games after he was suspended in the Spanish Super Cup against Athletic Bilbao but has made a return to Enrique’s squad as he has completed his four-game ban with the final suspension coming against Levante last Sunday.

Barcelona B player Gerard Gambau was also given a spot in the squad as striker Sandro Ramirez picked up a knock to his foot in the game against Levante on Sunday.

New signing Arda Turan will still be missed for the moment as Barça’s plea to register him to the team in place of the injured Rafinha is still on hold. The Turkey midfielder, alongside Aleix Vidal is still ineligible to feature until January 2016 as a result of the FIFA ban.

Goalkeeper Claudio Bravo is still out through injury with defenders Thomas Vermaelen and Douglas Pereira missing out as they are still on the treatment table.