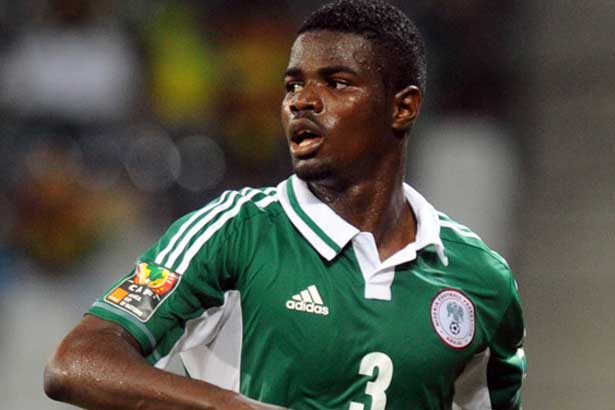 Nosa Igiebor’s Maccabi Tel Aviv qualified for the UEFA Champions League group stage for the first time in 11 years on Tuesday night.
The play – offs second leg tie against FC Basel finished 1 – 1 at Bloomfield Stadium but the Yellows are through to the next stage of the competition on away goals after drawing the first leg 2-2.
Igiebor worked 70 minutes in midfield before he was replaced while Basel’sManuel Akanjidid not feature.
Monaco were knocked out of the Champions League despite their 2 – 1 victory against Valencia.
Fifteen minutes from time, second half substitute Elderson Echiejile netted his first goal in the tournament since July 2010, but the Principality side were unable to score another goal that would have taken the contest into extra time.[post_ad]
Scottish champions Celtic will not compete in the group stage after losing 4 – 3 on aggregate to Malmo.Efe Ambrosewas an unused sub.
Ahmed Musa(CSKA Moscow) and Eddy Onazi( Lazio) will find out on Wednesday night if their teams will join Maccabi Tel Aviv in the group stage.
–allnigeriasoccer