The Gamper Trophy: Barcelona Vs AS Roma – Match Preview 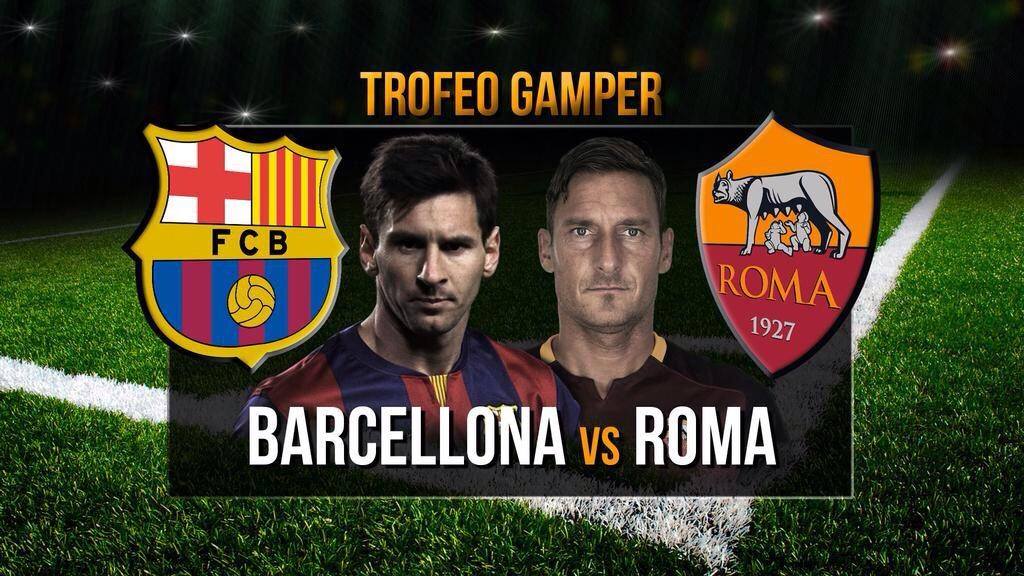 FC Barcelona take on Italian giants AS Roma in the traditional Camp Nou curtain-raiser for the season just few days before facing Sevilla in the Uefa Super Cup and Athletic Bilbao in the Super Copa D’Espana.

Barcelona have had a poor pre-season run so far getting just a win in 4 games, however, they welcome back the services of two men – Messi and Neymar with Dani Alves, Javier Mascherano and Claudio Bravo accompanying them, therefore, one will expect an improvement in results from the Camp Nou outfits.

Traditionally, the Joan Gamper trophy is a game in which Barça present their squad for the season and this means all available players are likely to feature aside from Aleix Vidal and Arda Turan who can’t play until January.

Barça will entertain a familiar face at the Camp Nou in former midfielder Seydou Keita who was part of the 2009 treble-winning team and was a key man during Guardiola’s era.

Striker Pedro Rodriguez is heavily linked with a move to Manchester United and reports are surfacing that the Gamper game will most likely be the star’s last game wearing the Scarlet and Blue of Barça.

Barça certainly won’t have a stroll in the park against Roma as the Italians have strengthen their squad this summer with the latest rumoured to be the acquisition of Manchester City’s striker Edin Dzeko.